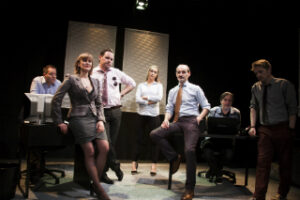 Tracer sees the return of many familiar faces and voices to The New Theatre.
Stewart Roche’s play Revenant went down a storm here last November which also starred Simon Toal. Patrick O’Donnell most recently appeared in Ann Matthews’ sell-out Lockout on The New Theatre stage and toured with our production of A Portrait of The Artist as a Young Man. Clara Purcell made her acting debut in Mirror Mirror, Off the Wall here in December. Michael Bates was last seen here in The Focus Theatre’s production of Bankers by Brian McAvera.
Come and see them together in this darkly humorous thriller.
Here are just some of the great things that have been said about the production so far, but what do you think?:
“It is very funny yet it manages to keep up an air of mystery and tension. This is an impressive piece of new writing that deserves to be seen by a wider audience. It is an unusual concept, to have a funny thriller, a play with as many twists as there are gags…… very enjoyable, get along to it if you can.” – No More Workhorse
full review
“I am a fan of Roches’ witty writing style, which does come across really well in this piece…the authenticity that the actors bring to their roles is superb. ‘Tracer’ is an enjoyable piece of theatre with a strong and talented cast. Setting aside an evening to see the show in the charming New Theatre would be an evening well spent.” – EILE Magazine
full review 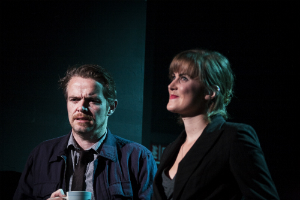 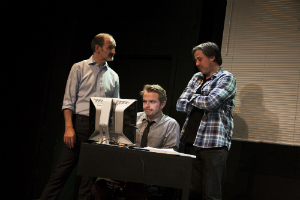 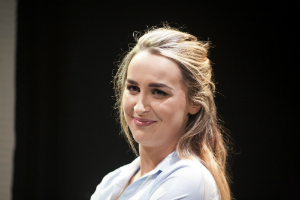 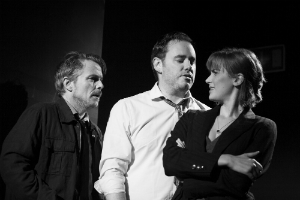 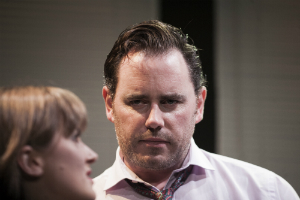 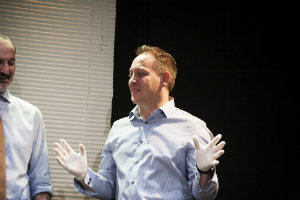