Desperate to hold on to his Friday routine is Blade, the main protagonist in Sylvia Beatley’s debut play ‘Making Lemonade’. Come along and enjoy the ride as he tries to cheat an oncoming current of chaos.
Blinded by his own ferocity Blade slips and slides as the laws of cause and effect come into play…
And now life is determined by his carnage.

About the Author, Actor & Director:

Sylvia Beatley recently participated in a year-long Directing mentoring program with Fishamble and worked collaboratively on two plays for the Tiny Plays for Dundrum Showcase 2012. Previously to this she completed the Fishamble writing program autumn 2011. Sylvia has worked with such artists as Louise Lowe (Laundry and Worlds End Lane Ulster Bank Theatre Festival 2011) and assisted Annie Ryan with her Comedia Del’Arte Professional workshops (December 2011).
During the James Joyce festival 2012 at The New Theatre, Sylvia was cast for a rehearsed reading of A Portrait of the Artist as a Young Man directed by Jimmy Fay. She holds a BA in Informal and Community Education, Canterbury Christ Church, a H. Dip in Drama and Theatre Studies NUI Maynooth and an M.A in Directing for Theatre UCD. Her recent directorial credits include Tiny Plays, Rehearsed reading Sex Drugs and Tinned Ravioli by Andy Gallagher, Feeder – Racket Production with Scarlet Exchange, Smock Alley 2012.
Sylvia worked with The New Theatre as their head script reader and is the Artistic Director of the newly founded Twisted Peasant Theatre Company, within this she set up and facilitates a Performance After School Programme in the Neillstown area of North Clondalkin. 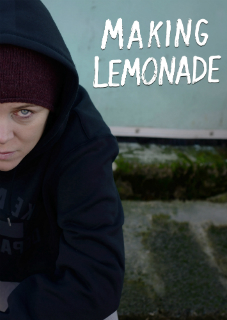