Dead Centre, in association with the James Joyce Centre and UNESCO City of Literature, will kick things off with their new play (S)quark! It is a little known fact that during his time in Paris, whilst changing the literary landscape forever with Ulysses and Finnegans Wake, James Joyce owned two pet parakeets: Pierre & Pipi.
(S)quark! is a duet for one performer and one parakeet involving loop pedals, live song, voice sampling, and a little bit of magic, aiming to rediscover the spirit of Joyce the arch experimenter. At stake is the philosophical question: was Joyce a genius?
Fathers of Western Thought (Rob McGlade and Gordon Lee) will close the evening with music inspired by Ulysses. Using guitars and drum machines, the Fathers will explore the styles and textures of the eighteen episodes of Joyce’s revolutionary text. They will be accompanied by Aaron Mooney and Aine Stapleton.

Dead Centre was founded in January 2012 by Bush Moukarzel, Ben Kidd, Adam Welsh and Rachel Murray. Their first project, Souvenir, was performed at the Absolut Dublin Fringe Festival 2012. It was nominated for three Fringe Awards, and will tour to the UK and USA in 2013. (S)quark! will play at the Garden of Geniuses festival at the Leo Tolstoy Estate in July 2013. Catch it before it flies to Russia!
For more information on Dead Centre, see their website www.deadcentre.org and follow them on Twitter @Dead_Centre 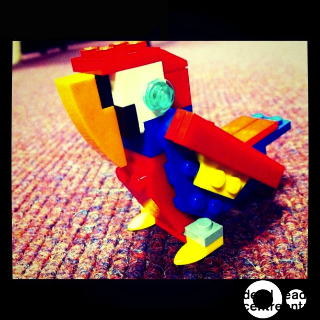