(European Premiere)
@ 14:30/19:30 (70mins)
Company: Alexander Upstairs
Country: South Africa
Glenn and JP were among the first gay South Africans to get legally married. The ‘seven year itch’ has turned things sour. As respectable, upstanding members of the community, they’ve resolved that the best course of action is to divorce amicably. But that’s before the lawyer is ‘delayed’ and they are left unsupervised in his waiting room.
Savagely funny, relevant and moving for anyone who has loved and lost. Civil Parting is the unravelling of a relationship, never straightforward, often hilarious, sometimes not, no matter who you are.
Direct from the award-winning team from Cape Town.
Director: Zanne Solomon
Writer: Nicholas Spagnoletti
BOOK TICKETS

(Irish Premiere)
@ 16.00 / 21.00 (65mins)
Company: Aine Flanagan Productions and Theatre503
Country: UK
She’s back! Britain’s first female Prime Minister stars in a drag comedy musical extravaganza like no other! On the eve of the vote for Section 28 (UK’s 1980s anti-gay law) Maggie gets lost in Soho and ‘accidentally’ becomes a cabaret superstar! Will she change her mind about the homophobic Bill before it’s too late…?
A camp odyssey about gay rights, politics, sex, the 80s and disco!
Director: Jon Brittain
Writer: Jon Brittain & Matt Tedford
BOOK TICKETS 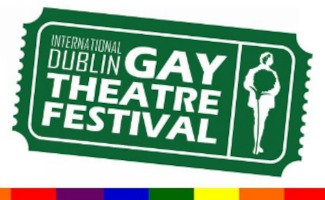