Tiger Dublin Fringe is Ireland’s leading multidisciplinary arts festival featuring the new and next in performance, music, theatre, live art, comedy, dance, circus, and visual art from Irish and international artists. Every September the city is transformed with the energy of all things Fringe as up to 650 events take place throughout the city in over 40 venues presented by the 1000+ people involved.

The festival is a platform for emerging Irish arts companies and a showcase for the best contemporary performance from abroad. Tiger Dublin Fringe, unlike many Fringes internationally, is a wholly curated festival seeking explorative, daring work that impacts, moves and invigorates everyone involved.

Additionally the festival runs FRINGE LAB, a year round facility annually providing over 3000 hours of support to artists by making space available to work in the festival’s HQ in Temple Bar.

A Sacrilegious Lesbian and Homosexual Parade

Everyone is Irish on St Patrick’s Day, except in New York, where LGBT groups have been banned from the St Patrick’s Day Parade for 22 years. Since 2000, the St Pat’s For All Parade in Queens has championed diversity and inclusion. With the help of the Holy Trinity (St Patrick, Panti Bliss and the Naked Cowboy), Fleming takes us for a romp through 14 years of celebration and resistance. Following sell-out one-man shows at Dublin Fringe in 2011 and 2013, this is Fleming’s third collaboration with director Raymond Keane (Barabbas).

Dementia is like having your life rolled up in a rug, the memories fading as they are gathered in. But within this dusty darkness imagination runs riot. Snapshots of a life emerge into the light. In unruly succession, often quiet and sometimes very loud, two musicians and one performer compose a mosaic of images, sounds and voices that make up the waning memories of one old man. Drawing on personal encounters with dementia, the team behind 2013’s The Last Post create an unforgettable performance about forgetting.

My Name is Saoirse

1987: Johnny Logan has just won the Eurovision, mobile phones are about to be invented, and in Limerick, Saoirse O’Brien is sick of her best friend calling her a frigid. Soon after agreeing to a night of drinking with the lads in Wilson’s Pub, she discovers her pregnancy, and is forced to set out on a journey that leads her miles away from home, and the carefree adolescence she knew. Winners of the Emerging Artists of the Year Award, 2012 at Edinburgh Fringe.

Sick is about what happens at the end of love. It’s a play about isolation and care-giving. It’s a play about family and reversing roles. When fantasy is the only release and life is hell, how can you drag yourself back to reality? And what will reality mean to you? “Didn’t mean to scare her. I think I just wanted her to recognise me. I’ve been a stranger here for over a week”. Crude Mechanics present a play about the pressures of reality and seduction of fantasy.
Supported by the Abbey Theatre’s New Playwrights’ Programme and Draíocht Arts Centre. Developed at FRINGE LAB with the support of Tiger Dublin Fringe.
Unsuitable for young children due to dark subject matter 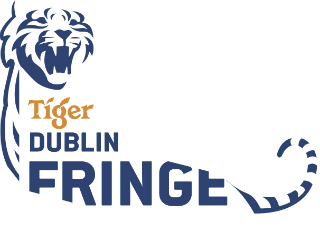 “SICK” is unsuitable for young children due to dark subject matter