1974. Two sisters locked in arrested development play out incestuous games that become steadily more depraved before ending in tragedy
Celeste is innocent at eighteen and never left home. Meryl left home at fifteen and had a tough run, addicted to prescription medication and men who couldn’t begin to entertain her. Fresh out of rehab, she moves back home to share a childhood room with the little sister she never really knew. She begins to test boundaries, break them, and eventually act out violent taboo fantasies with Celeste while their mother hosts endless dinner parties downstairs.

About the author
Lauren-Shannon is a writer and filmmaker from Dublin. Compulsively hypergraphic since childhood, she won a Pushkin school’s prize at ten and is currently in the final stages of completing her first novel. She developed an interest in film and tv while working as a commercial model and completes her degree in film production this year. Previous writing credits include The Assassination of Brian Boru (2014) commissioned by The New Theatre, Grow (2013) with The Virgin Eclectic theatre company performed at The New Theatre, and drama short Second Take (Johnboy Films, 2013). She directed the short documentary ‘Super’ in 2012.

THIS READING CONTAINS THEMES OF AN ADULT NATURE 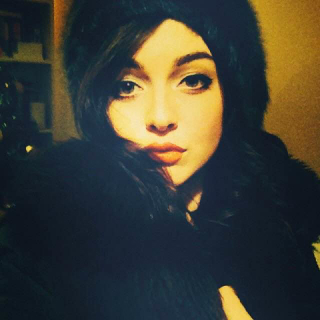