Life is sweet. Good job. Pretty wife. A nice house in the suburbs.
Shame about the past, creeping up behind you…
The Harvest is a new play from Jane McCarthy about second chances and second lives. What we do when we have them, and what we might do to take them from others.

Jane graduated from UCD in 2014 with a first class honours MA in Creative Writing, and was taught by many esteemed writers such as Frank McGuinness, Carlo Gebbler, Eilís Ní Dhuibhne, Paul Perry and James Ryan. Her first novel, Honest, was shortlisted for the Irish Writer’s Novel Fair 2015.
As a playwright she has had two plays staged, Epilogue in 2009 and Overtime in 2012 and 2013, which received great critical acclaim and a sell out run in The New Theatre Dublin, a venue dedicated to discovering new writers. On the strength of Overtime she was selected to be part of Dublin Theatre Festival’s ‘Play- On’ initiative in 2014, an advanced playwriting course taught by Graham Whybrow, former Literary Manager of The Royal Court Theatre, London. She also holds a Degree in English Literature from UCD.

Praise for Overtime:
‘A new, funny, interesting, intelligent and sobering play…reminiscent of Mamet, but I would argue that it’s a lot more credible than Mamet, because it has humanity…impressed me enormously as the work of a new writer’
– Emer O’ Kelly, The Sunday Independent
‘An engaging and taut piece of writing that keeps you entertained and curious… McCarthy is obviously a talented writer’
– Michael Moffat, Mail on Sunday
‘Overtime is a brilliantly constructed, tense and intriguing play. It’s sucks you in very early on and although it runs at just around the 60 minute mark, the fantastic pacing will keep you hooked. The main question we’re left with is – what’s next for Jane McCarthy?’
– Brendan O’Rourke, Entertainment.ie
‘The play has much to recommend it, including some sharp dialogue and rapid scene changes that maintain an air of creeping dread.’
– Sunday Business Post
‘A great testament to the up-and-coming talents we have in this country…bodes well for the future of Irish Theatre.’
– Le Cool Magazine
**** ‘Overtime always stays one step ahead of its audience and proves to be an entertaining and humbling piece of Theatre’
– The Public Reviews. 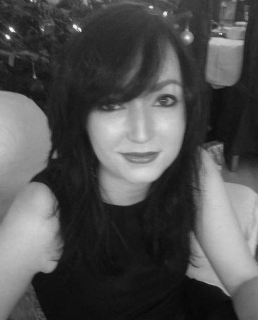