Leading theatre facilitator John Delaney is joining forces with The New Theatre to deliver a practical theatre making course for actors who wish to write, direct, produce and/or perform their own work. John’s hands on, nurturing approach to theatre making has inspired hundreds of students during a twenty year career that has seen him work with diverse groups of performers from youth theatres to seasoned professionals. Not only has he enjoyed personal success with his collaborations at home, (5 stars “nothing short of fantastic”, I Was An Emperor, 2012), many of his students have gone on to enjoy critical and commercial success nationally and internationally as writer/producers of their own work, much of the work having started life in one of John’s classes.

“I cannot emphasise enough how important John’s class was to all of us in our development as actors and theatre makers. John taught us that we all had more to offer than just our acting ability – that we could get out there in the industry and create our own work. Countless theatre makers who are out there creating award winning work have John to thank for giving them the confidence to be the artists they are today.”
– Clare Monnelly (Moone Boy – Sky TV, Bailegangaire – Irish Times Theatre Awards Best Supporting Actress Nominee, Charlie’s A Clepto – Writer / Performer)

“Something I really admire about John is the incredible ease with which he adjusts his teaching methods to suit the needs and talents of each individual student. He always encouraged us to step out of our comfort zone and explore new ways of doing things. He welcomed “failure” as an opportunity for growth and learning. An idea which now informs everything I do.”
– India Mullen (Red Rock – TV3, Deirdre – Official Selection Cannes Film Festival 2017)

“John Delaney taught my class how to take control of our own careers. He taught us to make, create, and challenge ourselves weekly. His teachings will inspire my work forever.”
– Kate Gilmore (Irish Times Theatre Awards Best Supporting Actress 2015)

“Working with John gave me the confidence and tools to find my own voice as an actor. He is an attentive and supportive teacher who creates a safe and exciting environment to discover the sort of theatre maker you are.”
– Ashleigh Dorrell (The Cup Theatre Company)

“The work I did with John Delaney while training was absolutely invaluable to me. Through John’s tutoring I was able to take a step back and view theatre in a totally different way. I broadened my view of the craft, making me want to try new things and I became a better artist for it.”
– Shane O’Regan (Reality:Check Productions)

“How do I create something interesting? How do I challenge an audience without spoon feeding them information? How do I get better and more confident in my work? These were the questions that preoccupied my mind after my first class with John . John has the ability to plant a seed in your head that grows in ways you can never imagine.”
– Paul Elliot (Ripper Street)

“John is an exceptional teacher and mentor. What matters most to him is the creative heart of his actors. He inspires them individually to find their own creative voice through creating, writing and performing their own work. This proves liberating and empowering for any actor walking into the industry, knowing they have the tools to create their own work for stage and screen. He has a wealth of knowledge and experience that is unique and empowering.”
– Helena Walsh , Voice & Dialect Coach .

“John Delaney is widely recognised as one of Ireland’s leading acting teachers. For decades, he has played a pivotal role in helping young actors to recognise and hone their talents not only as actors but as creative theatre-makers. As such, he has had a huge impact on Irish theatre. A workshop with John will do much to unleash and refine the creative impulse.”
– Roger Gregg, award winning poet, playwright and performer.

The course will take place over 5 consecutive weeks, two nights a week for a total of 10 sessions and each session will last 3 hours. Each class will be a mixture of performance and discussion of original work augmented by an ongoing investigation of imagination and reality in theatre performance. The course will end with a performance of original work before an invited audience including industry professionals on the stage of The New Theatre. 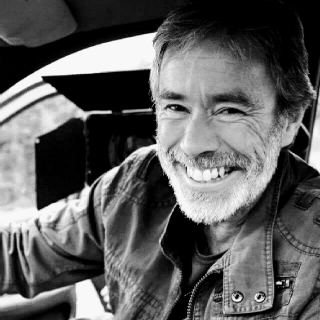