FIRE (Dir. Deepa Mehta, 1996)
Passion, romance, defiance.
(a) Arranged marriages leave little room for romance and can facilitate enslavement; and
(b), there is no room for eroticism when the religious mistrust of the body imposes its denial of life.
Two very different women connect with such force that they break the rules of family, faith, and propriety.
–A beautiful film on empowering, electrifying, epic love.
www.filmqlub.com 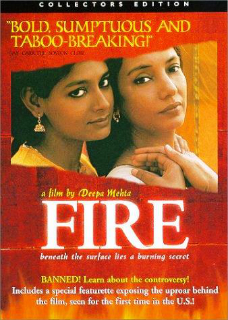