Some day, someone will have to write the story of all the iconic actors who played queer characters in remarkable films quietly swept under the carpet: Robert Redford, Farrah Fawcet, Don Johnson, Stéphane Audran, Marcello Mastroianni… Here’s two, in the same film! Christopher Reeves (Yes! Superman!) has never been more disarming, and Michael Caine has never been more villanous. One of the strangest gay comedies ever made, it has to be one of the coldest. This black comedy may be absolutely hilarious, but it gives a portrait of rivalry and greed among writers, that is as sharp as a serpent’s tooth. The acting is sublime – Dyan Cannon (Dyan Who?) is magnificent. Jay Preston Allen, the scriptwriter of the queer classic Cabaret, wrote this adaptation of the original play by Ira Levin. Watch out for the narky camp nutter neighbour, involved in stealing a script, who cant write to save her life. Some twist. 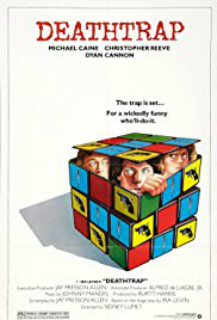