Nora takes over as our Script Reader 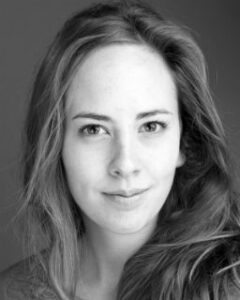 We’re delighted to have Nora Kelly Lester on board to read the many submissions of new writing we receive.
She has been a regular on The New Theatre team for some time, in the Front of House and Admin areas.
Nora is a theatre director, performer and drama facilitator from Dublin. She received her degree in Theatre Studies and English at University College Dublin, 2012, and is currently studying arts facilitation with NAYD and is a member of The Playback Company.
In March 2012, she assistant directed Monster Clock, with Collapsing Horse Theatre Company. She has also worked with ComeAsSoonAsYouHear’s on various projects and assistant directed the company’s BangShootBlast as part of the 2011, Dublin Gay Theatre Festival.
In 2011 she directed and devised Demigods based on the novel ‘The Secret History’ by Donna Tartt.
Nora was a member of Independent Youth Theatre 2007-12, during which she performed, directed, facilitated workshops and also held position on committee. She was also an active member of DramSoc during her time at UCD. Her performances include a collaboration with PONY directed by Jessica Hilliard at OFFSET 2012 in the Bord Gais Energy Theater, Attempts on Her Life by Martin Crimp at Project Arts Centre , Five Minute Flight at the Backloft and Motortown at Black Box Theatre.
Nora takes over from Sylvia Beatley who has left the position after almost two years to focus on her own theatrical endeavours. Sylvia will appear in her play, Making Lemonade, here this May.