A fantastic end to 2013 here at The New Theatre! 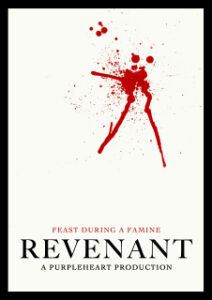 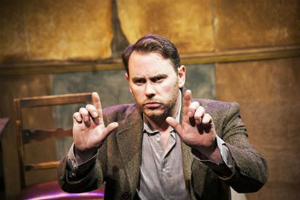 Stewart Roche’s new play ‘Reventant’ starring Simon Toal got rave reviews all round. –
“…entertaining solo performance by Simon Toal, a fine comic actor who can seem at once commanding and crumpled… full of fresh quips and media in-jokes… something much funnier and darker beneath the surface; a moral satire about art where any epitome of evil will be indulged, so long as they are consummate professionals.” – The Irish Times 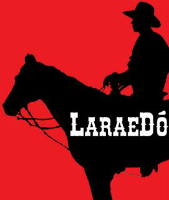 We kicked off December with a sold out run of ‘LaraeDó’, an all Irish language production presented by Aisteoirí Bulfin.

Following a sell out run in the 10 days in Dublin festival 60 Minutes in Dublin, Maylin Productions joined The New Theatre as they explored what happens in the capital between the hours of 8pm and 9pm. The results were extraordinary from the farcical to the beautiful. With guaranteed tears of laughter coupled with tears of joy.
“This is a good showcase of Irish talent and never dwells too long on any one subject for you to get bored. Rua O’Donnachu and Jennifer Meade stand out as names to watch for the future amongst the accomplished young cast.” – No More Workhorse

Our final production of the year showed the return of Katie O’Kelly with her new play, ‘Mirror Mirror, Off the Wall’. In this gutsy, fast-paced new play (for adults who are still kids at heart) we were brought on a whirlwind journey through forests and lonely towers, protests and laboratories as the fairytale princesses you think you know tell their side of the story for a modern audience. Far from the shrinking violets they appear in storybooks, these strong women are breaking with tradition.
“the two players present an infectious energy that you can’t help but be drawn in by… O’Kelly in particular is having just as much fun performing, as the audience are watching…Purcell’s performance was also immaculate… it’s hard to believe that this is her acting debut… Mirror, Mirror, Off the Wall’ is just the slice of fun you need before Christmas” – No More Workhorse.
We consider ourselves very lucky to have had all of your fantastic support through 2013 and hope 2014 will be as enjoyable. Happy New Year to you all.