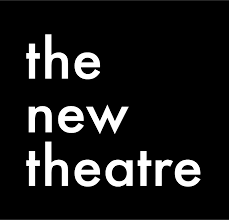 The New Theatre is currently auditioning four actors for ‘Returning to Haifa’, a play premiering on Nov 18th. Adapted from Palestinian author Ghassan Kanafani’s homonymous novella, the play is a work of highly historical and literary value as it offers a vivid representation of the human implications of enduring Israel-Palestine conflict and highlights the important missions of literature, and art in general, as a vehicle for the perpetuation of historical truth.

Roles description:
1) Safiyya (Female. Age: late-30s) – a Palestinian mother tormented by two-decade-sense of guilt for the loss of her child. An eclectic woman who was very insecure and fragile when she was young and that a life of hardship turned into a very nostalgic mother. Building on nostalgia and grief, she develops a ‘contrite’ determination to find out what happened to her lost child.
2) Said (Male. Age: late-30s) – Safiyya’s husband. A Palestinian man of principle, with strong sentiments about the role of the resistance in the struggle against the oppressor. Pragmatic and rational, Said is a lucid analyst of the events that tragically marked Palestinians’ fate and that he interprets and narrates alternating fury and compassion.
3) Dov (Male. Age: early 20) – This is the tallest and youngest actor in ‘Returning to Haifa’. A callow youth hunted by frustration and vainglory, Dov is assertive and caustic in his talk and accusations. He is a paradoxical hybrid of the victims’ biological DNA and winners’ ideologies. This contrasting dualism synthesizes the essence of his ‘split’ nature and the inhumanity of the conflict.
4) Myriam (Female. Age: late 40s) – a Polish woman, conscious of her role of occupier, yet genuinely sympathetic with the suffering of the oppressed and the refugees. In her small stature she encapsulates the emotional pathos of survivors and perpetrators as she attempts to negotiate de jure entitlements and de facto reality.

NB: In order to ensure a high degree of authenticity to the play and remain as faithful as possible to psychological and physical features of the characters described in the original novella, Arabic native speakers or actors with Palestinian/Arab roots are preferable for the roles of Safiyya, Said and Dov, whereas a Polish native speaker is desirable for the role of Myriam.
Written by Ghassan Kanafani
Adapted by Angela Gissi
Directed by Anthony Fox