What is Homeland? – Returning To Haifa 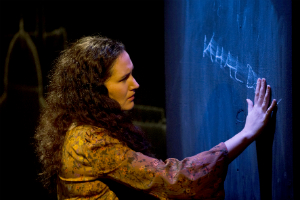 Our current production, Returning to Haifa by Ghassan Kanafani and adapted by Angela Gissi has been playing to close to sell-out houses since it opened on Wednesday.
We have also had post-show talks with different speakers nightly, discussing various aspects of the Palestinian-Israeli conflict.
There has been a great energy in the theatre all week and audiences and critics alike have received the piece well.
As we near the half way point of it’s run, have a look at some of the reviews Returning to Haifa has received so far:
“a remarkably even-handed portrait of dispossession and revisiting”
“The journey and its discoveries are so pointedly symbolic that Kanafani; his latest fluent adapter, Angela Gissi; and director Anthony Fox’s careful production tether them to details hard and real.”
“Fox and Bates stoke the heat of resistance”
” “What is a homeland?”… The strength of this supple and thought-provoking piece, forever and sadly timely, is that there is no stable answer.”
*** – The Irish Times
Full review.
“The set is striking in its simplicity”
“At the centre of the piece is a strong, solid performance by Michael Bates… Linda Teehan plays his wife, Safiyya, in an emotional performance.”
– The Red Curtain Review
Full review.