Wishing you a Happy Christmas & Looking forward to an exciting 2015 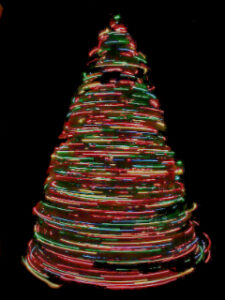 As we close the doors of The New Theatre for the Christmas break we look back on 2014 and some of the successes of the year. Thank you to all our friends, old and new, patrons and companies, for making it a great year.

Here are some of our highlights of the year:

Our productions Returning to Haifa, Friendly Fire, and The Assassination of Brian Boru had great runs.
The Assassination of Brian Boru by Lauren-Shannon Jones returned by popular demand for a second run and earned much praise from audiences and critics alike
“Lauren-Shannon Jones’s play is entertaining, well-cast and very well written.” **** – Michael Moffatt,
Friendly Fire, Gerard Humphreys’ play about poet Francis Ledwidge, also proved very popular with sell-out performances this autumn.
Our most recent production, Returning to Haifa, was and adaptation by Angela Gissi of Ghassan Kanafani’s novella of Palestinian resistance. The show was followed each evening by many informative, touching and motivating talks and discussions on the subject.
We were even honoured by a visit from the author’s widow, Anni, who gave the production her seal of approval along with that of the critics.
“a remarkably even-handed portrait of dispossession and revisiting”
““What is a homeland?”… The strength of this supple and thought-provoking piece, forever and sadly timely, is that there is no stable answer.”*** – The Irish Times
March saw AC Productions return with Desire, Peter Reid’s adaptation of Tolstoy’s The Devil.
This one-man show received well-earned praise for Neil Flemming’s performance.
“nothing short of a treat…a quite marvelous piece of theatre… brought to life with controlled, magnificently timed and nuanced desolation by Neill Fleming under Reid’s delicately balanced direction. Indeed, both are a marvel.” – Emer O’Kelly, Sunday Independent.
In June Mouth on Fire returned with Téip Dheireanach Krapp – Gabriel Rosenstock’s translation of Krapp’s Last Tape by Samuel Beckett.
On point, as ever, this production earned great praise including ***** from An Tuairisceoir
As the summer came to an end Stuart Roche’s latest play Tracer took to the stage. A dark unsettling comedy with a cast of familiar faces to regular visitors.
“a theatre company that are worth looking out for…
… an incredible piece of new theatre.” – In Dublin
In November we welcomed back Maylin Productions with a typically entertaining offering – Jesus Christ! It’s Jesus.
And the we ended our 2014 season with a bang with the unstoppable Orion Productions and their sell-out three week run of The Motherfucker with the Hat by Stephen Adly Guirguis.
“…has the energy and attention to detail for this hyperkinetic comedy of struggle, suspicion and support in contemporary America…a production of high ambition that constantly hints at how much more the world could achieve with the right support.” **** – The Irish Times
‘Perfect black comedy’ ***** – Public reviews

Our production of Joyce’s A Portrait of the Artist as a Young Man directed by Jimmy Fay will be going on a National and Welsh Tour in February/March/May.
Watch this space for updates.
**** “What makes this production such a success is how director Fay allows the language to do the work, those words which Joyce uses like a musician as he entices us to hear his song.” – Grania McFadden, Belfast Telegraph
Markievicz – The Trial
A new play by writer Ann Matthews, historian writer of the sell out play ‘Lockout’ and novels Dissidents and Renegades.
Opens April 21st 2015 for two weeks.
Directed by Anthony Fox
The Assassination of Brian Boru will return yet again next spring.
Directed by Nora Kelly Lester
April 13th – May 15th
The Yeats Project
An adaptation by Gabriel Rosenstock, and co-presentation with Mouth on Fire theatre company will open June 3rd and run for 3 weeks.

Here’s to a wonderful 2015 and we look forward to seeing you all at The New Theatre in the new year!