As we near the end of 2016, it’s time to take a look back at what’s been our busiest and most exciting year to date, with 9 new playreadings, 18 new productions, 3 new festivals – the INTERNATIONAL LITERATURE FESTIVAL, the SILK ROAD FESTIVAL and the CULT HORROR FESTIVAL– plus the welcome return of PALFEST IRELAND, the DUBLIN THEATRE FESTIVAL, the TIGER DUBLIN FRINGE and the FEMINIST FILM FESTIVAL. Along with the DUBLIN FILM QLUB and the PROGRESSIVE FILM CLUB, 2016 also saw the debut of the CULT FILM CLUB, which had two very successful seasons of screenings. Here are some of the highlights of our artistic year: 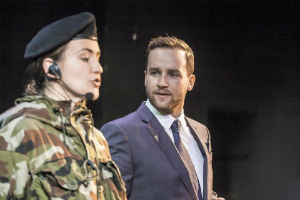 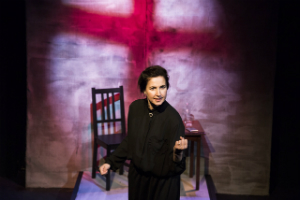 We kicked off in JANUARY with the return of Gerard Humphreys’ politically charged LOCKDOWN, back by popular demand, which toured to numerous venues in Ireland including The Lyric, Belfast, The Source, Thurles and The Watergate in Kilkenny and followed with the world premiere of award winning writer Neil Flynn’s MICRODISNEY finishing off the month with a sell out, critically acclaimed new production of August Strindberg’s CREDITORS.

In FEBRUARY we had Dr. Ann Matthews’ ‘imaginative cracker of a play’ MADAME DE MARKIEVICZ ON TRIAL return and, in MARCH, it embarked on a National and International Tour to 16 venues finishing in The Centre Culturel Irlandais, Paris.

Back on our own stage we were delighted to have a visit from President Michael D. Higgins and his wife, Sabina Higgins, who attended Arnold Thomas Fanning’s new play, MCKENNA’S FORT during its two week run.

MAY kicked off with THE OLIVE TREE, written and performed by prolific theatre maker Katie O’Kelly, and was followed by the second JAMES CONNOLLY FESTIVAL, a week long run of readings, drama, music and spoken word on the centenary of Connolly’s death. We rounded off the month with Andrew Kenny’s ANOTHER BILLY CONN and the Irish Premiere of Mike Bartlett’s Olivier Award winning play COCK. Running alongside this was the INTERNATIONAL LITERATURE FESTIVAL’s IN BETWEEN SILENCE, a multi media presentation combining visual arts with short stories. 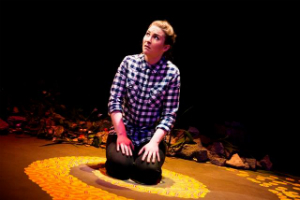 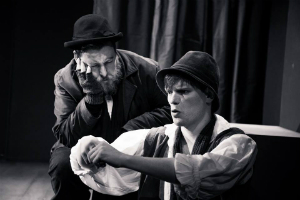 Tony Chesterman’s ever popular adaptation of A PORTRAIT OF THE ARTIST AS A YOUNG MAN, directed by Jimmy Fay, returned in JUNE, before its British premiere in the London Irish Centre in AUGUST, followed by PINK MILK, a collaborative play from our 2016 Writer and Director in Residence team, Lauren Shannon-Jones and Nora Kelly Lester.

JULY saw the return of PALFEST IRELAND, supporting Palestine and Palestinian arts and IF WALLS COULD TALK, devised and performed by Ballyfermot Youth Reach, which subsequently had a successful run in the Edinbrugh Fringe Festival.

INISHFALLEN FARE THEE WELL kicked off AUGUST, Ronan Wilmot’s adaptation of the Sean O’Casey autobiography and we finished off the month with a sold out two week run of AC Productions new adaptation of Moliere’s classic comic farce THE MISANTHROPE. 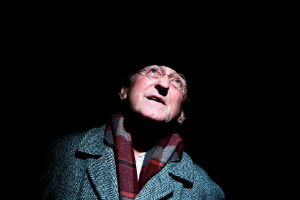 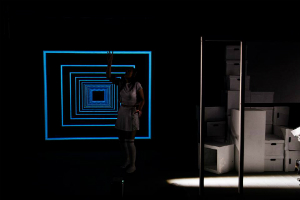 In SEPTEMBER we welcomed back the TIGER DUBLIN FESTIVAL before going straight into the DUBLIN THEATRE FESTIVAL and we were delighted to have a New Theatre production, Michael Collins’ IRELAND SHED A TEAR, feature in the festival for the first time. The show – inspired by the aftermath of the Carrickmines tragedy – played to packed houses and enthusiastic reviews. As busy as festival season is, we made sure to include ourselves in CULTURE NIGHT again, inviting groups to partake in scene reading, while learning about the theatre and our upcoming shows.

Just in time for Halloween we had our first ever CULT HORROR FESTIVAL, combining classic horror films with modern spine tinglers, and in NOVEMBER we brought back our annual NEW WRITING WEEK, showcasing the best up and coming writers in Ireland. 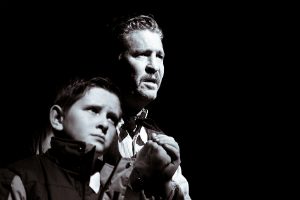 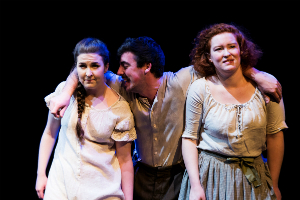 We’re delighted now to be finishing off the year with a three week run of DUBLINERS WOMEN. Adapted by Katie O’Kelly from three of Joyce’s classic short stories; Eveline, Clay and The Boarding House, Dubliners’ Women shines a light on the female narrative, and the resonances of these stories in Ireland today.

All in all it’s been a fantastic year for new work, new companies and The New Theatre.
From all the team here, a huge THANK YOU for all your support over the past 12 months. We hope you have a wonderful and peaceful Christmas and look forward to welcoming you back in The New Theatre soon!

For our full 2016 programme browse our Archives