Welcoming Our New Artist in Residence

Home  /  News   /   Welcoming Our New Artist in Residence
Back to news 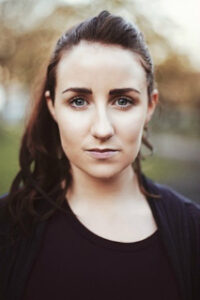 Introducing our Artist in Residence – Writer and Performer, Ciara Smyth.
Ciara will be with us for a whole year during which time The New Theatre will present two of her plays.
We cannot wait to see the first of these in July 2017, and we can look forward to the second show in Spring 2018.

About Ciara
Ciara is a Dublin based playwright and actor. She is a founding member of Sad Strippers Theatre and her first two plays Pour it out (2015) and TRIANGLES (2016) enjoyed sold out runs in Smock Alley, as part of Collaborations and Scene+Heard, respectively. TRIANGLES was also performed as part of the Galway Fringe Festival 2016, Knockanstockan & in the International Bar. In November 2016 Ciara’s recent play, All honey, was chosen to be presented as a rehearsed reading as part of the New Writers Week hosted by The New Theatre, Dublin. Her most recent play Pacemaker will be performed in The New Theatre in 2017 as part of her residency.