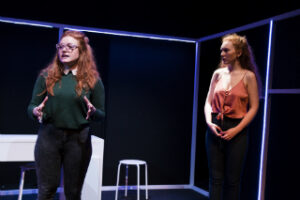 We kicked off our 2018 programme this year with two strong new plays by talented women playwrights. Sophia Leuner’s award-winning Save + Quit returned due to popular demand after a sell-out run and impressed audiences and critics once again with her cutting and humorous script.

Megan O’Malley’s debut play Home put the audience in the jury box for the trial of Anna Kelly. Dealing with themes of sexual assault, consent, bodily autonomy and the effect of the 8th amendment, this was a timely piece of contemporary theatre and O’Malley has certainly hit the theatre scene with a bang.

This opening season focusing on Women’s Voices has also seen rehearsed readings of two new plays from exciting up and coming writer Alice Malseed and award-winning playwright Elizabeth Moynihan which were very well-attended, showing the appetite among theatre-goers for new work.
The New Theatre would like to congratulate all of the creative teams behind the plays and readings that have taken place so far in our 2018 programme, stay tuned for more new work coming up in the months to come! 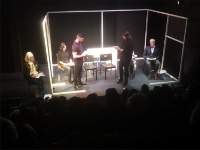 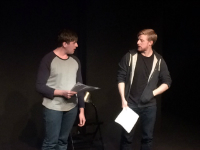 “Home has an earnestness and a sense of purpose that is hard not to respect.”
– SUNDAY BUSINESS POST
“The cast harness an exceptional honesty” – THE SUNDAY TIMES
“The glimpse the script provides into the world of tinder, sexting, shots, blackouts and rape is savagely truthful.”
– THE SUNDAY TIMES 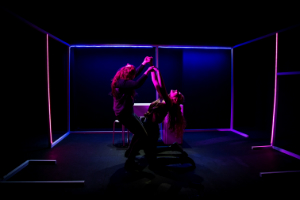 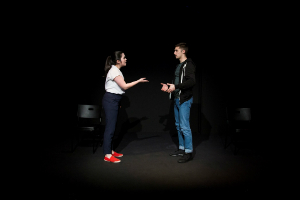 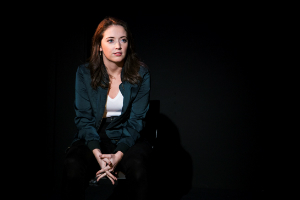