The New Theatre’s Year in Review

2020 has been a very interesting year for the majority of people, and in spite of the difficulties presented, theatre artists have continued to create and innovate the medium in novel ways.

Both before and during the restrictions due to the ongoing pandemic, The New Theatre has continued to reach out to artists and support them in telling their stories.

At the beginning of the year in January 2020, we presented b(l)oom written by William Dunleavy, presented by tasteinyourmouth, a young theatre company based in Dublin. It was directed by Grace Morgan. 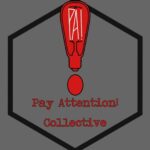 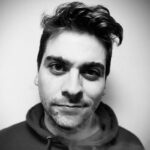 Dragon by Fizz and Chips Theatre, devised by Lindsey Dawson, Martha Fitzgerald, Ruadhan Mew, and Orlaith Ní Chearra was staged in the final week of February. They presented a fantastical fable exploring the mythology of masculinity. It was a critical and box office hit.

The last of our conventionally held plays was Killing Grandad by Jack Harte, a satirical comedy lampooning age-old myths of patricide throughout history. 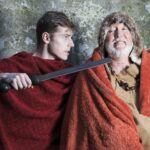 On March 12th, the government took immediate action to close all cultural institution to prevent the spread of COVID-19, as a result, The New Theatre closed its doors.

Along with this, a number of shows including Six Days, a musical exploration of Easter 1916, and I Am A Little Boat, a children’s theatre piece (The Ark) using traditional Irish music, were postponed.

Audiences were disappointed but understanding given the circumstances, and The New Theatre with TakeYourSeats got to work on solutions for Irish Theatre artists and audiences in this new landscape. 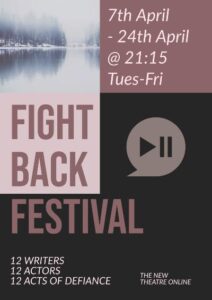 The Fight Back Festival 2020 was created – “12 writers, 12 actors, 12 acts of defiance”, a festival of new work recorded and published for free early in the lockdown, while still supporting the artists involved. The Festival garnered over 10,000 views, 40,000+ engagements and continues to be viewed both on our Facebook page and TakeYourSeats.ie.

The New Theatre returned to live audiences in September, with Tatty by Christine Dwyer Hickey, “a devastating, yet hilarious depiction of the break-up of a troubled Dublin family, as told through the eyes of a child”, presented by Dublin UNESCO City of Literature and TNT.
Felispeaks performed the show with relish and we sold out the week in a matter of hours. 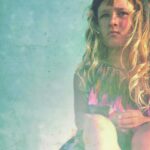 For TATTY performances, The New Theatre innovated and created a socially distanced seating plan for the theatre to ensure the safety of our patrons, staff, and creatives to great success.

FRINGE FEST 2020 presented one live play with little or no audiences for live streaming to their patrons. This was a novel and technologically unique experience for The New Theatre in September. 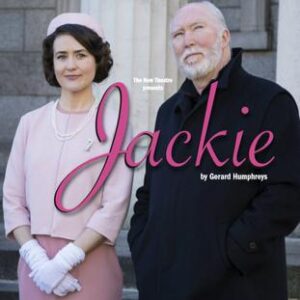 By late September, Jackie by Gerard Humphreys, a historical play about Jackie Kennedy and her confidant Father Leonard
was staged outside in Stephen’s Green Yeats Memorial due to ever changing restrictions recommended by NPHET and
the HSE. 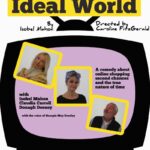 Our next show, Ideal World, written by Isobel Mahon and directed by Caroline Fitzgerald, was about to start it’s run before the 2nd lockdown was announced, leaving the show to be postponed until summer 2021.

Coming up to the end of the year, The New Theatre presented the New Writing Development Festival, with 4 writers, 4 directors and a host of dramaturgs and actors to workshop and stage rehearsed readings of these new texts. These writers
were chosen out of a National callout where we received 100 new play scripts. 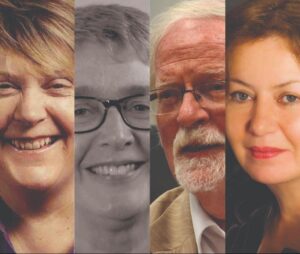 3.The Laughing Boy by Jack Harte.

Each play will continue to be developed in the coming 2021 year, with supports being given by The New Theatre for potential future stagings once the theatre reopens in earnest.

Although we have not been able to see our audiences in person as much as we may have liked, you’ve kept in touch with us
throughout the year through our social media, with our pages across all platforms gaining over 1000 new followers!

Along with this, the Friends of The New Theatre programme has grown as they continue to support New Writing Plays.

In retrospect, 2020 has been one of the most difficult years for The New Theatre, but has also given us a number of great pieces and interesting ways to experience them.

Through this adversity, we have continued to support and pioneer artists/writers and their work.

And with your support, we can continue our support to bringing these stories to life.

Thank you to everyone who helped us in any and every way. Wishing you all the best in
2021 and beyond!