On Thursday 16th September 2021, The New Theatre named our auditorium – Fiona Hurley Auditorium in honour of our great friend, former stage manager and TNT board member.

Fiona joined The New Theatre in late 1999 and was the most uniquely talented, kindest, most helpful person we have ever worked alongside. A born leader and peacemaker. Fiona Hurley is sadly missed by her family and her many colleagues and friends in The New Theatre, RTE, the Dog World and beyond.

In an intimate gathering including Fiona’s family and close friends of the Hurley’s as well as Anthony Fox, Lynne Tracey and other members of The New Theatre’s board, Fiona’s mother, Evelyn Hurley unveiled the new chrome sign on the door of The New Theatre – Fiona Hurley Auditorium.

The auditorium opened for 15 minutes intervals throughout the evening to allow small groups of Fiona’s family, friends and colleagues to view Patrick Clarke’s short film, commemorating Fiona’s time at The New Theatre. In all, over 200 people paid their respects. Each screening was preceded by a moving address by Fiona’s Mam, Evelyn and it was hard to find a dry eye as audiences moved through a one-way system and into the Clarence to join Fiona’s family to raise a glass in her honour. 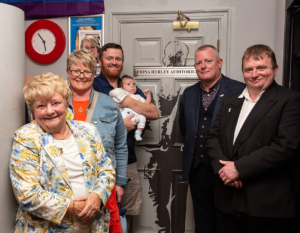 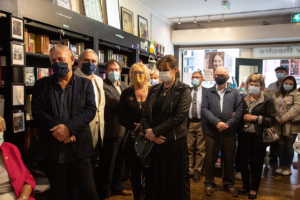 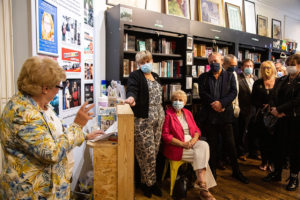 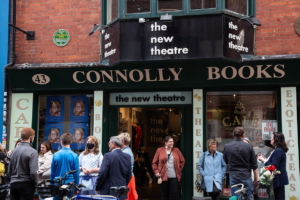 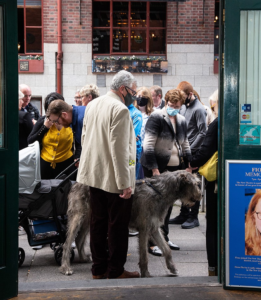 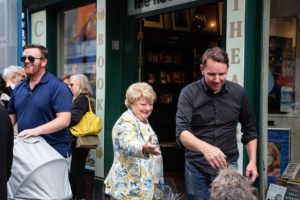 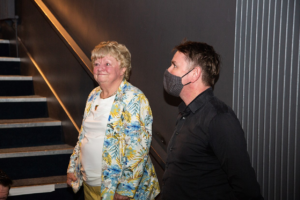 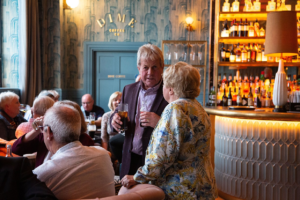 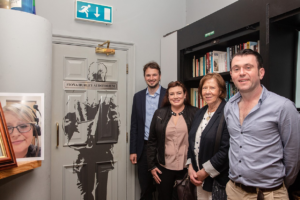 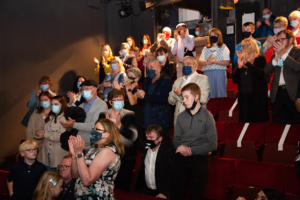 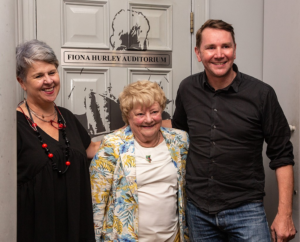