Celebrating 70 years of The Arts Council

As we celebrate 70 years of The Arts Council – we have been asked to post a story or memory to honour the legacy of Ireland’s funding organisation.

The New Theatre, set up in 1997 was flat broke 18 months later. Just when we wondered how we could forge ahead on shaky ground, an A4 envelope popped through our letterbox. Years later, I found out that the brilliant Mary Cloake dropped it off as she happened upon the theatre enroute to her job in the Arts Council.

Meetings with Phelim Donlon (Head of Theatre) & David McConnell (Head of Finance) followed. Despite major obstacles thrown in our path by other members, Mary, Phelim & David stood by us. We are so grateful to them and more recently David Parnell & Rachel West for representing us to council.

As artists, our job is not easy, very often insecure living on borrowed time. With The Arts Council funding we are secure on a year long basis and enjoy the challenge of keeping The New Theatre ‘new’. We don’t take The Arts Council for granted simply because we know that as an organisation it’s still underfunded as state departments go.

May The Arts Council go forward in strength and may they continue to fund artists so that we build on an all-Ireland that’s sustainable and flourishing in all aspects of Art. 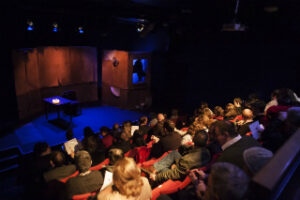