As a consequence of the Charities Act (2009), each director is also deemed to be a charity trustee. The trustees / directors are responsible for the overall good governance of the company and through their guidance and support the theatre continues to flourish. The year during which each person joined the board is given in parentheses. 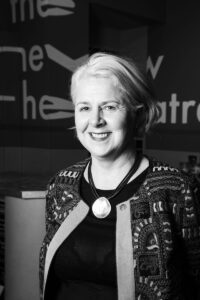 Lynne Tracey (2014), Chair
Lynne has worked in the Advertising Industry in both Dublin and New York for over 25 years. A past President of the Institute of Advertising Practitioners in Ireland, Lynne currently lectures on the M.Sc in Advertising in DIT and advises on compliance in alcohol advertising at CCCI / CopyClear. 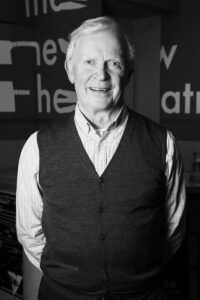 Nicholas Cummins (2007) (Emeritus)
Nick is a graduate of UCD and has had a long association with and interest in theatre. He also is a hispanicist and a published poet. 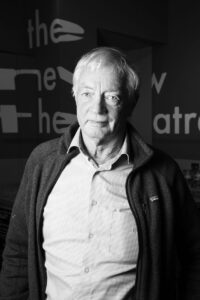 Kevin Cronin (2009) (Emeritus)
Kevin is a Chartered Accountant. He has business and professional experience in the USA and Ireland. He has served on overseas assignments with Irish Aid. He also sits on the boards of Tivoli Training Centre for young offenders, and Interactive Services Ltd. His interests include Theatre, Sailing, and Fishing. 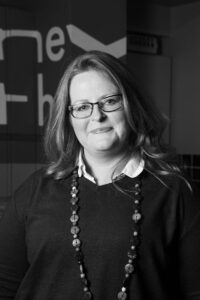 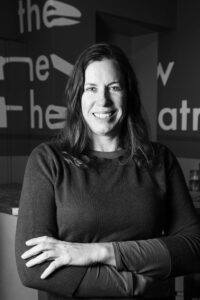 Leanne Willars (2001)
Theatre has always been a focus for Leanne Willars, growing up in South Africa and frequently seeing plays in many of Johannesburg’s theatres and attending the National Arts Festival in Grahamstown. Leanne has worked as a graphic designer and art director for 20 years in Johannesburg, London, New York and Dublin and enjoys being part of The New Theatre team since helping to set it up in 1997. 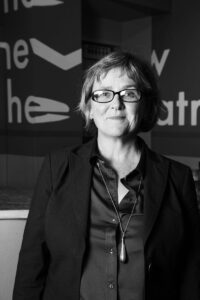 Ann Kelly (2018)
Ann has years of experience in government relations and EU policy, having worked as a consultant and with the European Commission in Brussels. She also lectured in Communications at Dublin City University and holds a post graduate degrees in European Affairs and Sustainable Development Policy. Ann has been enthusiastic about theatre since her days at Dramsoc in UCD. 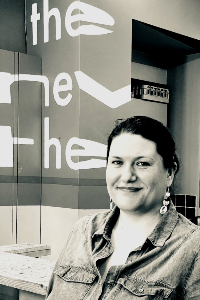 Lisa Krugel (2021)
Lisa is one of the first graduates of the Lir Academy’s MFA in Stage Design. She also holds a HND in Technical Theatre from Inchicore CFE, and a Diploma in Speech & Drama from TUD Conservatoire.Recent credits include: Set and Costume Design: In Our Veins (Abbey Theatre/Bitter Like A Lemon), Eight, Grimm Tales, and Baroque Opera Double Bill – (TUD Conservatoire of Music and Drama), Quicksand (Idir Mná), Dalliance, I Am A Camera, Damascus and The Ugly One (The Lir), Bullfight On Third Avenue (Bewley’s)
Set Design: The Harvest (WitchWork/The New Theatre), Temptress (Speckintime/High Seas), The Signalman (WitchWork), and Northern Lights (Theatre Upstairs/Awake & Sing).
Lisa also works as a Stage Manager, most recently with Irish National Opera and Liz Roche Company. 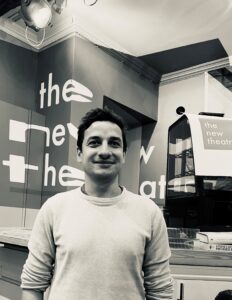 Cèin Sookram (2021)
Céin works as a user experience researcher for the Government of Ireland. He holds an M.Sc. in Heritage Management & Conservation from UCD and his own research interests include; arts and cultural heritage, sustainable development and biodiversity. Céin has been passionate about theatre since his time working as a production/stage manager and is delighted to continue his long-standing relationship with The New Theatre.

Patrick  is a Senior Counsel at the Irish Bar. He has worked extensively in area of civil Law including as Counsel for Oireachtas Banking inquiry and as sole member of Review Board into R116 helicopter accident. He has worked for Mental Health Tribunals and as a company director. He has a long association with New Theatre as customer and supporter. 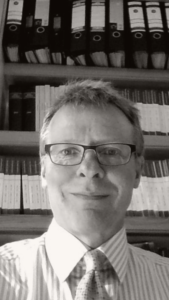