She started playing music professionally 12 years ago. Played all over Europe, venues include The Hollywood Savoy in Paris and The Quiet Man in Barcelona. She has been touring Ireland for almost 10 years playing pubs and clubs, most notably The Porter House Parliment St, The Dame Tavern, Dame Lane, Dublin 2 and Fitzimons Pub in Temple Bar.

Andy Sheridan, AKA BakerJnr – originally from Mullagh, Co. Cavan, has been playing and singing the music of Waits, Cash and the like for years. During that time he found his own voice and has finally got around to writing songs of his own. He is currently rehearsing with his new band and intends to have his debut album out in the New Year. His sound is acoustic-based, ranging in styles from blues to country and folk. With his music he’s trying to remain optimistic in pessimistic times, and to put a smile on your face. See www.breakingtunes.com/bakerjnr or www.myspace.com/bakerjnr for more details. 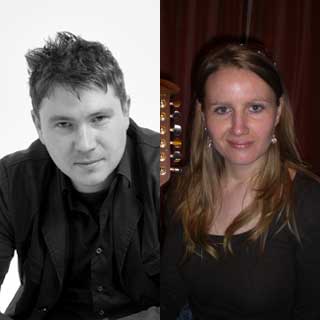