Andy Sheridan, AKA Baker Jnr, is a Dublin based singer songwriter. His style is an acoustic-based blend of blues, country and folk and has been playing around the Dublin circuit for a number of years providing jazz and blues in a number of restaurants and member’s clubs in Dublin.
Further to a well received solo performance at the Le Cheile Festival in Oldcastle in 2009, and spurred on by the loss of his job as an architect Andy has spent the last year writing, performing and completing recordings of his own music. Andy was invited back as a performer at the Le Cheile festival 2010, providing support for Mick Flannery and also recently supported Mundy at the Bulmers Berry Weekender in Ryan’s of Gormonlough, Co. Meath.
Baker Jnr’s song Make the Grade was selected for airplay on 2xm’s Undercurrents show, highlighting up-and-coming Irish artists.
Andy is currently rehearsing with Ian Melady (ex Turn) and Gavin Fox (ex Turn + Idlewild) in preparation of recording his debut album, due for release in 2011.
See www.myspace.com/bakerjnr for more details
To view a video about Baker Jnr click here.

Izzy Quinn was born in England in 1992. At the age of five, her family moved to ireland, and settled down in the small village of Mountnugent. Here Izzy attended St. Bridget’s primary school where she was introduced to the tin whistle. This was like giving her the wings to fly. Before long, she began to put her poems to songs. To this day Izzy is still writing songs, and following the passion she has for music. Izzy hopes that she gives you the same inspiring feeling that she gets when she hears great music. 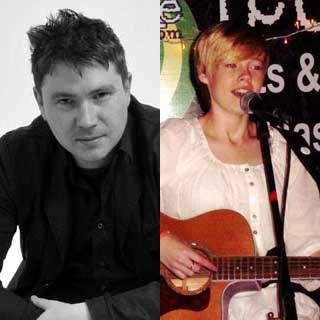