Ghost Train Willy are a fast paced, high tempo original “Sketch Comedy Group” from Dublin. GTW are rapidly becoming one of the most sought after sketch groups currently performing on the Irish Comedy Circuit. They have a unique style and blend that makes them a must see.
GTW is made up of very talented Actors, Improvisers & Stand Up Comedians who are all regulars on the Irish Theatre & Comedy circuits. This new show will be highly interactive and will cater for all comedy appetites. A combination of some old tried and tested classics and also some band new stuff.
This is Ghost Train Willy’s fifth “Comedy Special” and they are delighted to be performing for the first time at the New Theatre.
So remember the name and hop on board the Ghost Train…Whooo—Whoo!!

Their ascent to becoming one of the most sought after acts on the Irish Comedy Circuit was fast, and they continue to gig regularly at comedy clubs and theatres throughout the country; The International, Bankers, The Woolshed, Laughter Lounge, Twisted Pepper, Hedigans, Kinsealey Inn, Anseo, Ha’Penny, Blue Bar, Sugar Club and many many more, receiving rave reviews as they go.

Their first one-hour special in February ’09 played to sold out audiences over three nights at Bankers Comedy Club, Dublin. In September of the same year they were invited to present a brand new show for a week for the Bulmers International Comedy Festival. The success of both outings was such that In April 2010 they were forced to bring their new show to the larger surroundings of the Twisted Pepper, Middle Abbey St, where they sold out yet again.

Their debut You Tube offering “Whelan & Dealin” has achieved a staggering 134,500 (and rising) hits in less than a year and created media interest from various radio stations and magazine publications throughout Dublin.

Their work has featured on radios stations such as Newstalk and they are heavily involved in a couple of upcoming exciting web shows, which they’re not really supposed to talk about yet!
Ghost Train Willy constantly seek to develop their creativity further, indeed Sharon and Danny spent the summer ’10 in the States after they received a scholarship to study improvisation and writing with Second City and then iO Theatre in Chicago. They are also keen to retain a conscience, and have also been heavily involved in various charity events throughout the city, helping to raise several thousand euro for vital organisations like Oxfam, Concern and Trocaire.

Individually, the ‘Williys’ have achieved much success in their own right, collectively their TV credits include ‘Prosperity’, ‘The Clinic’ , ‘How Low Can You Go’, ‘Ice’, ‘Elev8’, ‘Hubble’ ‘The Roaring Twenties’ (RTE) and ‘Ros na Run’ (TG4) to name but a few.

In short, Ghost Train Willy are one of the most exciting comedy acts to emerge in recent times. With their unique blend of fast paced original ideas, and engaging larger than life characters, it’s clear they are destined for big big things. 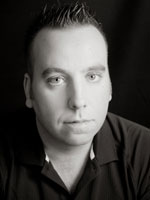 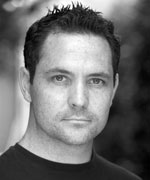 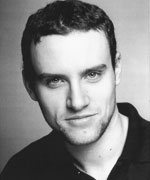 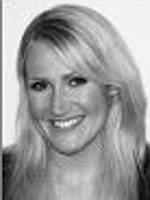 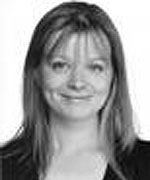 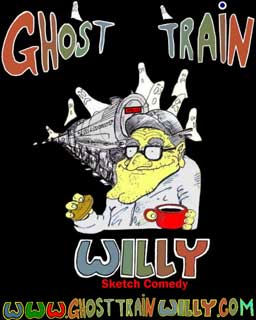