Howie the Rookie by Mark O’Rowe
Two young men tell a dark, twisted and violent story of a night that ended one of their lives and ruined the others. Set in a nightmarish and gruesome interpretation of modern Dublin the action is fast paced and exhilarating changing from moments of hilarity to brutality in an instant, this show will really keep you on the edge of your seat.
Written by Mark O’Rowe (Terminus, Intermission, Perrier’s Bounty), the play is a piece of storytelling, with each actor telling the tale of that night from a different characters point of view. The play incorporates storytelling, live music and dynamic physical performances to bring this tale to life. The play will be stylised with incredible synergy between the two performers to bring out the visceral, exciting and beautiful nature of Mark O’Rowe’s masterpiece. NOTE: The play contains strong language and scenes of a violent nature.

Who Knows
Maire O’Reilly boards a flight to London. She is unmarried and pregnant and has an appointment later that day at an abortion clinic. John O’Brien sits next to her on the plane. John is a young priest returning to his parish in London. He is going through a crisis with regard to his vocation. He has arranged an appointment with his bishop. Maire and John realise that they have met on a previous occasion and this is the conversation that follows.

The Living End by Nicole Flattery
-Sure you’re just a sad woman.
-You say that like I could have become something else.
-You could have.
-Wouldn’t have made a blind bit of difference.
The Living End is an irreverent take on self-imposed isolation following the lives of a mother and daughter as the stability they have enjoyed is threatened by the arrival of an unexpected figure. Set in Midlands Ireland, The Living End is at once blackly comic and deeply tragic, exploring the nature of love, loss and loneliness. Brimming with the anger of what could have been and the exasperation of repressed desire, this fast paced, acid tongued drama challenges, excites and unnerves.
This razor sharp piece, written by exciting new playwright Nicole Flattery and directed by Pillowtalk Artistic Director Rosemary McKenna combines a daring young cast and talented design team to guarantee a provocative and compelling theatre experience. A must see production – the voice of an ambitious generation of emerging theatre practitioners.

Highly Strung
Highly Strung is comprised of Liz Ryan, a classically trained singer and comedienne in the old vaudeville tradition and Istvan Barnacz, a virtuoso violinist from Hungary. Both came from backgrounds of classical music – but were prepared to laugh raucously at themselves and the various insecurities and egos of the world they inhabit. And so a show was born – that mixes classical music and singing with bizarre characters such as Anke, an ex-eurovision backing singer on the look out for her 8th husband – or senor Schilacci, the nearly famous ex footballer turned Tenor with the oddly feminine voice (he no like to talk about it!). All this combined with the raw power of unamplified sound, classic anthems such as Nessun Dorma, Queen of the Night, Time to Say Goodbye, songs like Delilah, My Way, Big Spender and fiery violin solos, guarantees a musical experience unlike any other. Even if you’re not sure about classical music – you’ll love this.

Minute After Midday
‘It all went very quiet for a bit…’
It’s the 15th of August, 1998. It’s a Saturday on Lower Market Street. And it’s just gone 17 seconds past noon. In 43 seconds Lizzy, Conor and Mari’s lives will change forever. Making its Dublin debut, Minute After Midday is a haunting new play that looks back at the terror and tragedy of the day of the Omagh bombing. 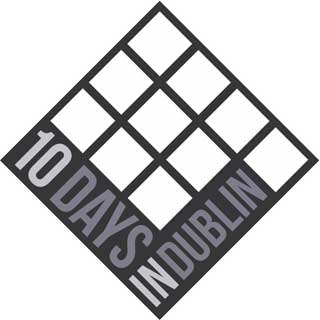