Written and directed by the Authors.
Ergophobia is a comedy about two hopeless outcasts from post-Celtic Tiger Ireland left to struggle in a harsh world of unrelenting interviews, unconventional psychiatry and merciless rejection letters, with nothing to survive on, apart from the dole, desperate ideas and a lot of false hope.
Secrets unfold, truths are unearthed and together they strive to take on the job market and the world of big business. With the ideas flowing thick and fast, how can they fail?

About the Authors
The paths of Ciarán and Aidan crossed for the first time thirteen years ago when they met in the workplace.
A sense of humour was a lifesaver in the work they were required to do. As the months went by and the work got worse, they formed a friendship that to this day was entirely built on a mutual disrespect for their temporary occupational situation. They have been writing together since.

Both huge fans of comedy, they decided to write together and send their writing to Television production companies. Highlights to date include developing comedy for the likes of Channel 4 and RTE. Ciarán and Aidan were contributory writers for RTE’s Bull Island. This is ‘Ergophobia”s second run, after a successful previous run in the Teacher’s Club on Parnell Square.

Anthony Blake a graduate of the Sanford Meisner School and the Gaiety School of acting has been bouncing from stage to screen and back again since his first ‘real’ acting gig, just over two years ago, as the crazy tash-wearing, track suit loving goof 118 of 11850. Since then he has walked in the shoes of a wide range of individuals including Tracy Letts’s ‘Killer Joe Cooper’ in Killer Joe, Brian Friels ‘Roger Nash’ in The Mundy Scheme, Shelagh Stephensons ‘Mike’ in The Memory of Water, Marina Carr’s ‘Stephen’ in Ariel, the BBC’s live action character ‘Norbert’ in Enlightenment, Ronan O’Sullivans ‘karl’ in the LA film festival winning Caged Bird and Fair City’s ‘JP Bellamy’, his mammy’s favorite role to date, to name a few. Anthony will also be seen at this years LA film festival and others around the world in David Gilna’s My Happiness as ‘Conway’. He hopes you enjoy the show and make your appointments with ‘the shrink’ straight after!

Andrew Keane is a graduate of the Bristol Old Vic Theatre School. Theatre credits include Remember Magic, and Poem, at the Icelandic National Theatre; Shafted at the New Theatre; Cafe Alfredo and Cafe Rodriguez at Bewleys Cafe Theatre; The Curse of the Starving Class and Red Roses and Petrol at Andrews Lane; Plato’s Symposium at Dublin Castle; The City Madam at the New Vic; Macbeth and Julius Caesar at the Old Vic Bristol, and The Importance of Being Earnest. Andrew has appeared in many Irish Film and Tv production including The Tiger’s Tail and Camelot. Other credits include The Man who Lost Ireland, Legend, The Clinic and of course, Fair City. Andrew is also an accomplished Tango dancer who has performed and taught around the country, including a performance in front of the Argentinian ambassador with Georgina Turu and in the Axis Theatre with Gillian Duffin. 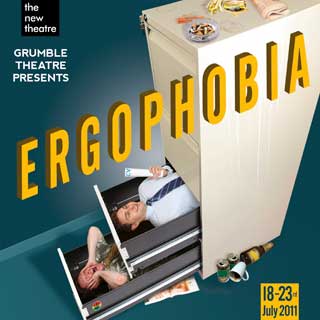