11:30 am – Let There Be Light (2005)
Directed by Roberto Chile. A moving account of Misión Milagro (“Operation Miracle”), the remarkable Cuban initiative that has restored the sight of thousands of people throughout the Americas.
In Spanish and English.
Running time: 12 minutes.

11:45 am – Maestra [Teacher] (2011)
Produced and directed by Catherine Murphy. In 1961, two years after the revolution, Cuba recruited 100,000 young people to go into the countryside to teach peasants how to read and write. Within a year these teachers, the majority of them young women and teenage girls, taught 707,000 Cubans to read and write, completely eradicating illiteracy, according to UNESCO. Cuba’s model of achieving literacy is now being adopted in more than fifty countries.
Running time: 9 minutes

11:55 am – On the Slopes of the Himalayas (2006)
Directed by Roberto Chile. This documentary follows the continuing work of Cuban medical volunteers in Pakistan in the wake of the devastating earthquake that hit that country in 2005.
In Spanish and English.
Running time: 37 minutes

12:40 pm – True Lives: From Croke Park to Cuba (2002)
Produced and directed by Mark Warren. This film charts the solidarity work of Dr David Hickey, GAA legend, leading kidney and pancreas surgeon, and campaigner for justice for Cuba. (With thanks to Midas Productions, Dublin).
Running time: 60 minutes.

1:45 pm – The Power of Community: How Cuba Survived Peak Oil (2006)
Written and produced by Faith Morgan, Pat Murphy, and Megan Quinn Bachman. Directed by Faith Morgan. How Cuba has adapted to the reality of its limited energy resources and the continuing and strengthened US embargo. A must-see for survival in the energy age beyond peak oil!
Running time: 53 minutes.

2:45 pm – Viva Cuba! (2005)
Produced by Nicolas Duval-Adassovsky. Written by Juan Carlos Cremata and Manolito Rodriguez. Directed by Juan Carlos Cremata. A “road movie” with a difference! It follows the attempts of two runaway Cuban children to avoid being separated. Although a comedy, Viva Cuba! addresses the serious issue of emigration. In a journey “towards the heart of hope,” Jorgito and Malú travel the length of the country “searching for a wish: to be together, and to overcome differences and find a better future.”
In Spanish, with English subtitles.
Running time: 80 minutes.

4:10 pm – Salud! (2006)
Produced by Connie Field and Gail Reed. Directed by Connie Field. A timely examination of human values and the health issues that affect us all, Salud! investigates the philosophy underpinning the Cuban approach to health and medicine. In particular it looks at the contribution made by the 28,000 Cuban health professionals now serving in sixty-eight different countries and also at the experience of international medical students in Cuba—now numbering 30,000, including nearly a hundred from the United States.
In Spanish, with English subtitles.
Running time: 93 minutes. 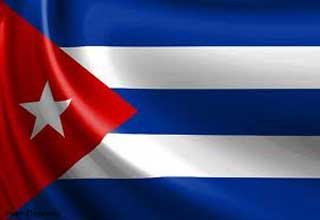