Home  /  Play Reading   /   Wrong Turn At Lungfish
Back to events

A rehearsed reading of the American comedy Wrong Turn At Lungfish by Garry Marshall and Lowell Gantz will be presented on the stage of the New Theatre on Thursday 11 August at 3 pm. Terry Byrne directs. The leading roles of Professor Ravenswaal and Anita Merendino will be played by Steve Curran (see picture) and Sharon Sexton. Steve recently starred in Elysium Nevada which was nominated in the Irish Times Theatre Awards (2010) as the best new play. Sharon starred in Terry’s production of I Keano and is currently touring her one-woman show on the life and work of Lisa Minelli, Somewhere Under The Rainbow. Also in the cast are Andrew Murray and Jill Harding. 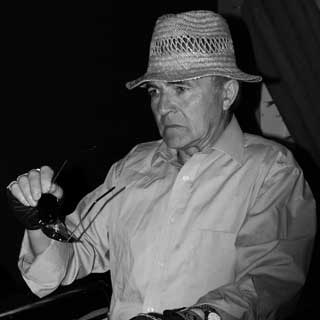