The Trial of Dr Luther

The Holy Roman Emperor condemned him to death. The Dominicans wanted to burn him at the stake. Generations of Catholics were brought up to detest him: “The monk who ran away with a nun”. His name was Martin Luther.

Who was this man who changed the course of European history? Was he as evil as they said? Why did so many revere him when others loathed him? Why was one of the great heroes of the twentieth century, Martin Luther King, called after him?

The Trial of Dr Luther tells the story of a man who dared to question the dogmas and practices of the all-powerful but corrupt papacy. He began by challenging the sale of indulgences, a fund-raising scam for the building of the new St Peter’s Basilica in Rome. In 1517, still an obscure Augustinian friar, he nailed his Ninety Five Theses on the abuse of indulgences to the door of his local church. This action would lead to the Reformation which ended the monolithic power of the Roman Church. He went on to challenge the Church’s abuse of spiritual and temporal power and the placing of Canon Law above the Bible and above civil law, and he condemned clerical celibacy.

His life and work still resonate with relevance today.
The Trial of Dr Luther joins the great reformer on his deathbed, as he reflects on his triumphs and failures, and reveals the humanity behind the greatness.

About Peter Reid
Peter directs and designs for AC Productions. Recent productions include The Birthday Party by Harold Pinter and Faith Healer by Brian Friel. He has a long history of directing the plays of Samuel Beckett having previously directed Waiting For Godot, Endgame, Krapp’s Last Tape, Rough for Theatre 1 & 2 and the Irish premiere of the novella First Love which played Dublin and Paris. Other credits include Shakespeare’s Hamlet (Hong Kong) Twelve Days in May and Oh When the Hoops both by Frank Allen (Liberty Hall). He staged a series of one act plays by Irish playwrights including Synge, O’Casey, Yeats and he wrote the play One of Our Own for the Liberties Festival.

About Oliver McQuillan
Oliver McQuillan’s recent stage appearances include the critically-acclaimed Irish premiere of Vassily Sigarev’s Ladybird at the Focus Theatre; The Realist by Garrett Baker (Andrew’s Lane); and Death and the Maiden by Ariel Dorfman (Samuel Beckett Theatre). He was originally a member of the celebrated Lantern Theatre where he played many leading roles including that of Prince Hal in Henry IV, Part I. His work for television and film includes Country and Irish (Carlo Gebler for Channel Four), and Cracking Crime and Maru for RTE Television. Feature films include Blood by October Eleven Pictures, Outside of Heaven (Total Pro Productions) and numerous short films. He has worked with Focus Theatre’s Director of Stanislavski Studio, Tim McDonnell. Plays he has written include: The Ghost Room, an exploration of the fears and failures of Catholic clerics; The Puffin’s Nest, a “Gothic comedy”; and adaptations of Wedekind’s Lulu plays and Ben Kiely’s novel Cards of the Gambler. His short play, Shakespeare & Schoenberg, was performed to favourable reviews in the Project in 2007. 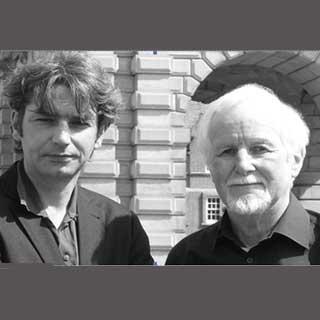