Fight Night is a gripping journey charting the comeback of Dan Coyle Jr, a failed amateur boxer from a long line of accomplished fighters. Living in the shadows of his overbearing father and his brother’s Olympic success, Dan lets his training slip in favour of girls and booze. It’s not until the birth of his own son years later that his competitive fire is reignited, and he takes the first tentative steps on his road to redemption.
Winner of the Best Actor and the Bewley’s Little Gem Awards in last year’s Absolut Fringe, this fast-paced and engaging performance combines intense physicality with a classic Dublin wit in an experience that will leave audiences both exhausted and elated.
Fight Night was written and developed as part of Show in a Bag, an artist development initiative of Absolute Fringe, Fishamble: The New Play Company and Irish Theatre Institute. 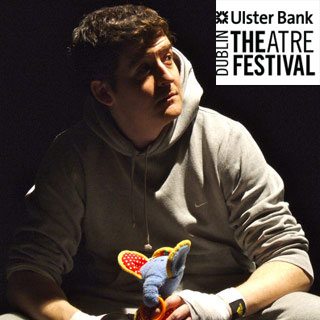