About Tony Devlin
Tony Devlin was born and raised in West Belfast. He attended St.Paul’s primary school and St. Mary’s C.B.G.S. Performing in many school productions it was clear from ayoung age that acting was to be the path he would pursue. He attended Mountview Theatre school in London graduating with a BA Hons in acting in 1999. Since then he has landed roles alongside Bruce Willis and Colin Farell in Hart’s war. He has also worked with Stephen Speilberg and Tom Hanks in Band of Brothers and Irish movies such as Breakfast on Pluto and H3. He is a huge Irish language enthusiast and plays a leading role in TG4’s ‘Seacht’ and ‘Marú’. Tony is also artistic director of West Belfast theatre company ‘Brassneck’, in which he has performed in three productions and directed two, including the award winning ‘A Night With George’ which won Best Play at the 1st Irish theatre festival in New York City in September 2011. Tony graduated from Mountview Theatre Academy in 1999 with a BA Hons in Acting. 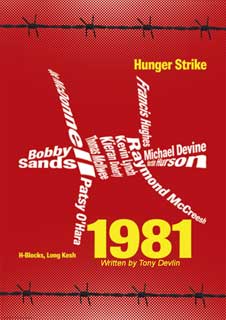