A rehearsed reading of this historically important play.
To mark 90 years since:
Liam Mellows
Joe Mc Kelvey
Dick Barrett
Rory O’Connor
Were executed by the first elected Irish Government in 1921 in retribution for the assassination of Sean Hales TD by Anti-Treaty Forces.
The play centres on the discussions in The Dail after their executions.
Directed by Ronan Wilmot. 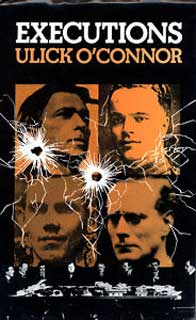