Book Launch: Kate O’Brien and the Fiction of Identity

Home  /  Event   /   Book Launch: Kate O’Brien and the Fiction of Identity
Back to events

Kate O’Brien (1897-1974) is a key modern Irish writer, and an important figure in the contexts of European fiction, women’s writing, and queer literature. Notable because of the banning of a number of her books in Ireland and Spain, O’Brien’s work stretched the limits of what was permissible in writing. Her writing career began in Bilbo/Bilbao, in the Basque Country, where she lived for a year in 1922, a formative period which she revisited in her most experimental and provocative novel, the autobiographical Mary Lavelle (1936). This neglected but crucial text of the 20th century is analysed through an interdisciplinary approach, embracing history, philosophy, literary criticism, intermedial studies, life writing, and sexuality studies, and the novel is used to re-interpret all of O’Brien’s work. Critical accounts of Kate O’Brien have fluctuated wildly – championed by feminists, “rescued” by post-colonial theorists, and an enduring inspiration to queer readers, O’Brien’s work has also been persistently treated as if it was stylistically unchallenging and homed in an incongruous nineteenth century mode. The book Kate O’Brien and the Fiction of Identity brings to light the radical formal and thematic daring of O’Brien, evident in her subtextual tunnelling and her intermedial experimentation. This is a new Kate O’Brien: modernist, anti-authoritarian, profound, humorous, sexy, angry, and indispensable.
Publishers Website Link

About the author
Currently post-doctoral Fellow of the National University of Ireland, based at the School of English, Drama, and Film, University College Dublin. Awarded a PhD with a study of Irish literature in 2007, having completed an MA with a thesis on popular culture in 2004. Scholar of the Irish Research Council for the Humanities and the Social Sciences for 2005-6 and 2006-7. Coordinator of the Dublin Queer Studies Group 2003-5. Organizer of the conference An Evening with Kate O’Brien, 2003, 2004, 2005. Co-programmer of the Dublin Lookout Film Festival 2006. Founding member of the Brain Fog Films collective (2007-ongoing). Co-programmer of the Dublin Film Qlub (2009-ongoing). Co-organizer and co-curator of the art and film festival Turn the Light On 2011. Many group art exhibitions, with work in various media. General editor of Gur Cake Editions (2007-ongoing). Lecturer/teacher in literature at University College Dublin, and St Patrick’s College, Dublin City University. Research interests: modernist and twentieth century literature, Irish literature and culture, philosophy and critical theory, women’s writing, popular culture, early film, and intermedial studies. Extensive publications, in English, Basque, and Spanish. At present, investigating the influence of the visual arts on modernist fiction by women in Ireland. 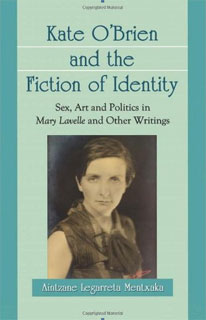