NEW YEAR’S DAY 2012 has been long-anticipated in the literary world as this date marks the end of European copyright restrictions on the publication and performance of James Joyce’s published works.

To listen to an interview with Patrick Fitzgerald about this show with Pat Kenny on RTÉ One, click here. Drag the cursor to 36:00, and play from there.

To celebrate this Joycean milestone, The New Theatre, Temple Bar, is staging Patrick Fitzgerald’s Gibraltar: An adaptation of James Joyce’s Ulysses for a two-week run, opening on January 1.
Gibraltar was first performed at the Bowery Electric, New York in October, 2010. The most recent performance was at the historic Plays and Players’ Theatre in Philadelphia on Bloomsday 2011, in association with the Rosenbach Museum where the original Ulysses manuscript is housed.

“It struck me, as an actor, that an understanding of the book could be helped by transposing it into play form,” says actor, writer and director Patrick Fitzgerald.

After experimenting for several years on an ‘epic’ play called Blooms’ Day, Fitzgerald changed direction and started working with his friend, the actress Cara Seymour, on Gibraltar. Following several readings and workshops, Terry Kinney – co-founder of the Steppenwolf Theatre in Chicago and an acclaimed Broadway director for writers such as Neil LaBute – came on board as consultant director.

About Patrick Fitzgerald
Patrick Fitzgerald made his New York debut in the Irish Repertory Theatre’s first production and has appeared in numerous productions for the company since. Most recently he played the title role in Charlotte Moore’s production of Dion Boucicault’s The Shaughraun. He won the Clarence Derwent Award for Hal Prince’s Grandchild of Kings. Other theatre credits include Mike Leigh’s Ecstasy (Obie Award), The Sisters Rosensweig (Lincoln Centre and Broadway), Mojo (Atlantic Theatre) and A Clockwork Orange (Steppenwolf Theatre). Recent film work includes Marian Quinn’s 32A.

About Cara Seymour
Cara Seymour has been involved in a number of critically acclaimed theatre productions, including the Time Out Award-winning Now and at the Hour of our Death and the New York Obie-winning production of Mike Leigh’s Ecstasy. Film work includes featured roles in Dancer in The Dark, American Psycho, Adaptation, Gangs of New York, Hotel Rwanda, An Education, and the soon-to-be-released Jack and Diane. She has collaborated with Patrick Fitzgerald for nearly three years on this project.

About Terry Kinney
Terry Kinney is a co-founder of The Steppenwolf Theatre Company, Chicago. As an actor, his television credits include Oz and The Mentalist, and his film credits include Sleepers, The Firm, and Save the Last Dance. He directed the film Diminished Capacity in 2008. His most recent directing credits include Neil LaBute’s Reasons to Be Pretty (Broadway) and Lanford Wilson’s Fifth of July (Bay Street and Williamstown). 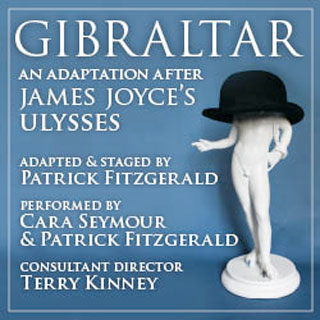 Rose Upon The Rood Productions