Home  /  Play Reading   /   The Horse Trading Diaries
Back to events

St. Patrick’s week, 1965, Limerick city. A hotel owned by famed Irish rebel Michael Hurley is visited by the renowned Ernesto ‘Che’ Guevara, the world’s most famous revolutionary. For the hotel porter, things have never been so grim. The guests get stranger by the day: a horse trader claiming to be Guevara’s cousin, a father who sees apparitions of the Virgin Mary, a translator with a secret mission… The hotel’s good name is at stake, hot water bottles are exploding, plots are being hatched, and everyone is in the crossfire.

About Shane Burke
Shane Burke is a native of Ballinasloe, Co. Galway and currently lives in Dublin. Shane is a graduate of University College Dublin and Trinity College Dublin and founder of Run Amok Theatre, a group established in 2011 to produce new and original work for the stage. His first play Flipside,was produced in April 2011 at the Pearse Centre and directed by Andrew Deering (GLAD, Neon Fringe Productions). The Horse Trading Diaries is his second play. 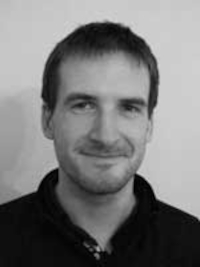