Not While There’s Work To Be Done

“You’re playing senior hurling now lads …”
Not While There’s Work To Be Done is a play set in the darkness of rural Connemara where James and his son Colm have left home to look for a stray mule. Tonight this seemingly simple task will prove to be anything but as they encounter adventure and strange characters beyond their wildest nightmares that are intent on diverting the pair from their chore.
Nothing is as it seems for James and Colm who over the course of one night unwittingly walk from Connemara to Sligo looking for their lost mule as their odyssey takes them back into the heart of a superstitious old weird, rural Ireland struggling to comprehend the coming modernism.

About Thomas Quain:
Writer/Director. Thomas was born and partly raised across much of the ‘sunny south east’ of the Country. He completed a Degree in Film + TV in Galway in 2010 and moved to Dublin in 2011. He spends his time writing and directing short films and looks forward to any and all opportunities that come his way. This is his Theatrical Debut. Thomas can be contacted at insanityfactory64@gmail.com

About Cait O’Neill:
Producer. Cait has been working for the theatre stage for the last four years. She completed a Theatre Production course at Colaiste Stiofan Naofa (Cork City). She now resides in Dublin. Cait thrives on the challenge of working in a creative environment. Her most noteworthy works include Sleeping Beauty (Cork Opera House- Assistant Stage Manager ’09), Anne Frank and Me (Half Moon Theatre, Cork – Wardrobe Co-Coordinator ’09) and Mamma Mia! (The Marquee, Cork – Dresser ’10) to name a few. She has a keen interest in all areas of the arts and was co-director for Shockers Film Festival (Kino, Cork 2009). 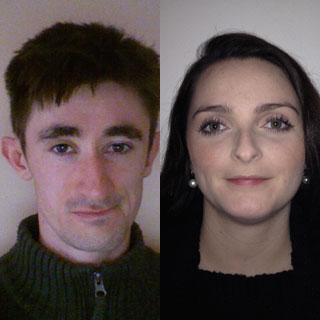