The Rage Of Hercules

As an intimate counsellor of the emperor Nero, Seneca had a ringside seat for some of the most disturbing events of the Roman empire. The dating of his plays is uncertain, but their atmosphere of dread and slaughter certainly owes something to life under Nero. Seneca’s tragedies bristle with a familial violence which may have seemed strangely resonant to an emperor who had murdered his mother and kicked his pregnant wife to death.

The Hercules Furens is the first of Seneca’s plays, and one of the most disturbing. It concerns the devastation Hercules wreaks on his family in the aftermath of his famous labours. The violence of its subject-matter and the beauty of its style were hugely influential on the Renaissance stage. Shakespeare and his contemporaries viewed Seneca’s tragedies, rather than those of the Greeks, as the pinnacle of ancient drama. Here, in the charismatic menace of Lycus and the bloody ravings of the hero we can see clear models for Richard III and Macbeth.
This is an Irish premiere for Seneca’s Hercules Furens and a world premiere for Kevin McGee’s translation, The Rage of Hercules.

About Kevin McGee
Kevin McGee had two plays running in Cork and Dublin in September 2003, when he gave up an award-winning career in theatre to study classical languages. Eight years later he has a Bishop Berkeley Gold Medal in Ancient Greek, a Vice-Chancellor’s Gold Medal in Latin, and a position as Long Room Hub Scholar in Classics at Trinity College Dublin. The Rage of Hercules, his first theatrical work in eight years, is the start of a project to translate all Seneca’s plays into modern English verse. 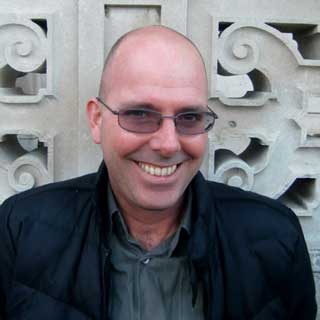