An entertaining comedy-drama about a traditional Catholic family trying to adjust to the changing (gay) times.

Rodolfo is a doctor from a rather proper Mexican family. When he falls for a penniless music student, Ramón, he realizes that he may be the love of his life. But what is he going to do about the constant nagging of his devoted mother, who insists that he must get married to a nice girl?
Rodolfo comes up with an unorthodox solution, which will derive into more complications, and will inspire an even less orthodox solution, until the whole idea of the traditional family unit has been blown up in a thousand pieces. The first mainstream Latin-American feature film with a gay theme, Doña Herlinda and her Son is a great satire of prim posh fakers, with the added unintentional amusement value (for Europeans) of the slightly overplayed style of acting which is a convention of Latin-American television soap operas. Leaving Rodolfo’s family arrangements aside, the film is worth watching for the extended open-air dancing scene alone, a shocking reminder of the full stylistic and choreographic horrors we indulged in the eighties.
For membership http://www.filmqlub.com, or at door on the day 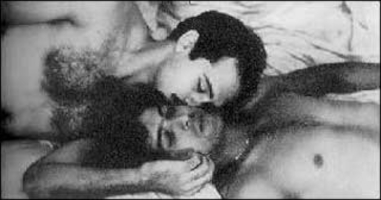