Looking back on 35 years of progressive documentaries by the Radharc team.
A selection of six documentaries from the four hundred made in seventy-five countries.
1 p.m.

Down and Out in Dublin (1964)
Condemned by the righteous, watched by police, surveyed by sociologists, they are called many names: tramps, vagrants, beggars. Everyone knows them to see, but few know them to talk to. The film reveals the personalities behind the rags and records the experience of the down and out in Dublin.
1:20 p.m.

Messing with the Kids (1977)
The Irish pop industry and the pressures created by a huge investment in time, talent, and money. Prominently featured are Rory Gallagher, Joe Dolan, and the mother of Ian Mitchell, the sixteen-year-old who was forced to leave the Bay City Rollers because he couldn’t stand the pressures of fame.
1:50 p.m.

The Irish Coffee Brigade (1988)
Thirty-five young Irish men and women spent six weeks in Nicaragua picking coffee and learning at first hand about the country and its problems. In this film Radharc chronicled the fun, the hardship, the boredom, and the excitement.
2:35 p.m.

The Black Holocaust (1992)
Between 1510 and 1800 it is estimated that 11 million slaves were shipped to the “New World” from Africa; 20 per cent died during the journey. Another 30 per cent died in the course of being broken in to slavery, a cruel process euphemistically called “seasoning”. Today 60 per cent of Brazilians have African ancestry, yet they are still treated as socially inferior by Brazilians of European origin.
3:05 p.m.

The Reluctant Revolutionaries (1987)
In 1987 the Philippine military estimated that the strength of the New People’s Army had reached a record number of 244,330. Radharc filmed in the guerrilla-controlled territory of Central Negros, looking at what drove a variety of people—including a number of Catholic priests—to join the largest guerrilla army in the world.
4:05 p.m.

The Exemplary Revolution (1980)
This remarkable film traces events in Nicaragua and describes how the aggressive Somoza regime was finally overthrown in a revolution that had strong support from many Catholic Church personnel.
Films made available by courtesy of the Radharc Trust.
Progressive Film Club
www.progressivefilmclub.ie 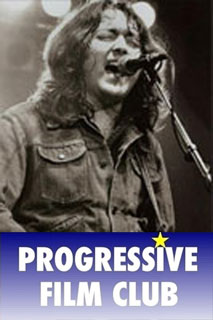