Stunningly theatrical and dramatic, ZEITGEIST tackles one of our age old taboos head on and in uncompromising fashion. The play has at its core a real interview which took place in Germany between a magazine journalist and an ex-member of staff of Auschwitz-Birkenau. Beginning with a startling flash forward, the story arc traverses the enormous world of emotions, horrors, fears,perplexities and conclusions that have come to be inextricably linked to the history defining events perpetrated in such centres of evil and madness and asks painful but necessary questions along the way.

About Bernard Field
Bernard is from Dublin, where he began his theatre career in the 1980s. He then moved to London where he continued his acting work and also started to write his own plays, producing them on the fringe. He moved to Galway in 2007; Last Train From Holyhead was his debut production with Haw Theatre, which he formed on his return, and played to enthusiastic reviews and starred the great Mick Lally in one of his final roles before his untimely death. His next play The Early Hours also played to great reviews in 2010 in the Town Hall Theatre, Galway and the Helix theatre, Dublin. 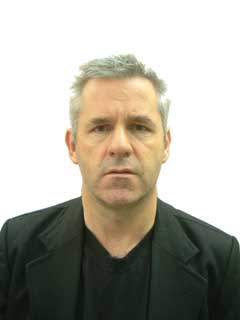