is an irreverent, libidinous, no-holds-barred romp through a major music festival which takes place in Ireland. The play interweaves the different narratives of three young festival-goers: the ambivalent and sex-mad Rick, Chloe, the girl who’s heart he broke a week prior to the festival and Stoney, recreational drug enthusiast and Rick’s best mate. As the weekend unfolds, the three learn a surprising amount about life and love amidst the mud, rain and hedonism of festival-land.

About Andy Gallagher
Andy Gallagher hails from Drogheda, Co. Louth. He starting acting as a young child, scoring the part of Young Johnny Sirocco in Martin Scorsese’s film, Gangs of New York. Since then, he has appeared in a number of short films such as The Pool by Thomas Hefferon. The Dublin Shakespeare Festival 2011 saw Andy and his good friend Mark Hughes performing a Macbeth parody on St. Stephen’s Green. He recently wrote and directed the short piece “Clubbing With a Misanthrope” as part of a project by St. Brigid’s Drama Group entitled: A Bit Of A Turn – An Evening of Short Theatre. Sex, Drugs and Tinned Ravioli is Andy’s first full-length play as a writer. He is currently completing a BA in Performing Arts in Dundalk Institute of Technology. 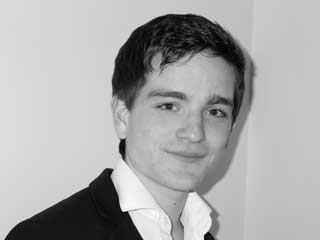