Four new plays. Four emerging writers.
Since The New Theatre opened 15 years ago, we’ve continually sought to encourage the development of new writing. One of the ways we do this is to hold an open platform week where the writer decides how they tell their story.
We receive over four new playscripts every week. We hold new script readings on the first Saturday of every month as well as the annual New Writing week. Last year’s New Writing week yielded four new productions by new writers, encouraged by the audience’s response.
The New Theatre is committed to providing young artists, performers, writers, directors and technicians with a first-rate venue and with the professional and technical expertise that will enable them to develop artistically and achieve their potential.
We seek to do this in a collegiate, respectful and cooperative environment that supports innovation, imagination and shared learning. Across the range of our endeavours and through a varied programme of contemporary and classical theatre, we seek to provoke debate and to stimulate engagement and interest among our audiences. We strive to question, to entertain, to enliven and to enlighten our audiences; and in doing this, we seek to give both our artists and our audiences access to Irish theatre – particularly young people who might not otherwise have access to this rich heritage.

The New Theatre is committed to showcasing new writing and these plays illustrate the talent that is out there.

Derek Masterson: A Nice Bed To Die In @ 7.30pm
“Two dying women. Similar in age. That’s where the similarities end.”
Two mature women (Angela and Marie) from two very different backgrounds, lives and areas of Dublin find themselves sharing one private room in a terminal cancer unit. Even in their dying days can they find a common ground, change as people and come to understand the unique world the other has come from?
A heart warming drama with comedic undertones that audiences will find utterly charming.

Martina Collender: Two Sides To A Stone @ 9pm
No matter what way you tell any story, there are always two sides. What we witness in this play is John and Clara’s story. Told by four main characters. Young John and Older John, Young Clara and Older Clara. The older versions get to look back at themselves as they relive certain memories that can’t be smothered no matter how hard they want them to be. Not unlike a lot of teenage couples, John and Clara become lovers, and trust each other. However one night their relationship and worlds come crashing down around them. When they attend a sessions, drink too much, they wake up with more than hangovers. Suddenly the families are thrown into a world where Clara says she was raped by her boyfriend and John says he couldn’t have raped Clara she was his girlfriend. The older versions still live with their past and introduce the audience to consequences of playing kid’s games with adult consequence, while the younger versions cannot imagine how they will survive this in one piece. We meet various other characters along the way who show how John and Clara have changed due to the aftermath of this one night.

About Martina Collender
I have been playing around with all the different aspects of theater for five years, and keep coming back again to writing. I fell the mayotic world of theater through Waterford Youth Arts in 2007 and since then have been extrodinarily lucky in having many mentors who pushed my writing. Having four promade youth theater plays produced by W.Y.A, including When do you come from? in 2008 and All Aboard in 2012. Having short plays performed for the Sean Dunne Writers Festival, and succceeded in finalisling in lonely voice monthly competition run by the Irish Writers Center, I have also had a piece performed for readings of new writing by Red Kettle Theater Company and full length and extracts produced by Loose Screw Theater Company.

Stewart Roche: Ulverton
After a disastrous site–specific production set in an abattoir, former theatrical golden boy Ryan Thomas is forced to accept a directing job against his better judgement. Will he be able to do justice to Eugene O’Neill’s lost play “The Blind Harpist of Nantucket” despite his cast’s intentions? Should he really be staying in a country home built beside a graveyard? And if Ryan is the only guest at Ulverton, why does he keep hearing noises in the room across from his?

Cathal Sheehan: The Custom Of The Sea
The Custom of the Sea is based on the true story of Alexander Pearce, an Irish convict who was sentenced to seven years transportation in Tasmania in 1819 for stealing six pairs of shoes. When he landed in Tasmania he was then sent to an isolated and brutal penal colony on the west coast. After escaping into the bush with seven other convicts, they resorted to desperate acts to survive. The play takes the story of Pearce and parallels it with the character of Dr Morton, a phrenologist who studies skulls, believing they give an insight into a person’s character. Dr Morton bought Pearce’s skull after he was hanged, and exhibited it in his museum in Philadelphia (where it still can be seen today). He exaggerated the character of Pearce in his exhibition claiming how he “would lure innocent victims back to his cave like a spider to a web”. The fictional element of the play comes alive with Morton’s character. When he is warned that the skull is cursed, and should be buried in Pearce’s grave, Morton’s mind becomes so warped, that it will eventually lead to him becoming very close to the character he is about to study. 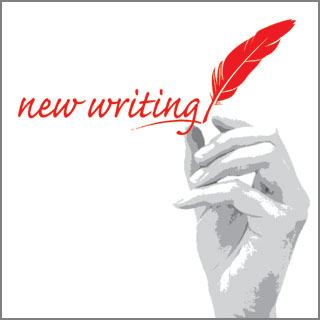