Written and performed by Peter Sheridan
Directed by Maggie Byrne

Join Peter Sheridan as he conjurs up the sights and sounds of his 1960s childhood in Dublin, in a powerful coming-of-age story, peopled with deliciously eccentric characters and wonderfully bizarre incidents.

By turns, brilliantly funny, and intensely moving, this remarkable performance packs a considerable punch. A cultural gem.
“Peter Sheridan writes at a crossroads where hilarity and heartbreak, tenderness and savagery meet. The people who live there are often cruel, often magnificent, and always, always human. He captures them perfectly” – Roddy Doyle

Peter Sheridan is many things; writer, performer, director, novelist… and natural charmer. This is an adaptation of his extraordinary Memoir, Fourty-Seven Roses.
“Peter Sheridan has remade the lost world of sixties Dublin in this knock-out memoir; a gently powerful act of memory and love.” – Sebastian Barry 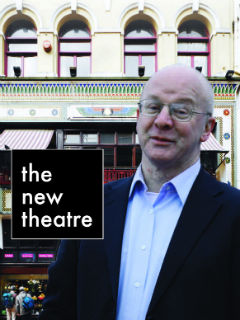