A classy comedy of trans-gender-bending!

Sylvia and her dad are on the run from the French police, because of his shoddy dealings. They decide to change their identities, leave France, and start a new life in England — what better way for Sylvia to avoid suspicion than to dress as a man and call herself Silvester?!

Katharine Hepburn was born to play this role. As a young girl, she demanded to be called Jimmy, and as a young star (after a career-defining role in a film by lesbian director Dorothy Arzner), her impetuous and athletic image, together with the androgynous look she cultivated, turned her into a gay icon. Cagey about her personal life, she encouraged people to think she had had a life-long affair with Spencer Tracy (conveniently, he was dead at this point) which had to be kept secret because he was married. But her true leanings were known by a good few. At least 150 of them. We mean the over 150 young women whose services Hepburn paid for through the infamous Hollywood escort agency run by Scotty Bowers (who finally spilled the beans in a book published this year).

But leaving aside the megastar Miss Hepburn, the film Sylvia Scarlett is a queer constellation, with George Cukor behind the camera and co-starring Cary Grant. Look out for the gay men cruising in the first minutes of the film (appropriately enough, in a cruise ship). Watch out for Hepburn’s gender switches every time she changes her clothes: gender is something we put on, like a hat, she seems to say. Keep an eye on Sylvia’s prowess as an athlete on the rings, a formula-one racer, and an Olympic swimmer. Check out the erotic currents criss-crossing all characters and all sexes. And marvel at how they got away with it all in 1935!

About EVIL SEASON “MAD, BAD, AND DANGEROUS TO KNOW”

Important Notice:
Our schedule is subject to change due to availability of films from Film Distributors.

All our films for Season Three have one thing in common: they deal with evil — evil gay, lesbian, bisexual, transgendered, and queer people, yes, but also with the curse of internalised homophobia, and with the horrors of a society that cant cope with black sheep. Some of our films have great gay baddies, other films pretend to condemn us so they can publicize gay culture, and others are about people who are dying for an opportunity to be “bad”. In short, in Season Three we will see some of the lesser known but most intelligent portraits of gay people ever created, we will laugh at society’s boring obsession with normalcy, and we will also celebrate evil. That’s right, we will embrace the “intrinsic evilness” that Mr Ratzinger finds so scary, and we will celebrate it. Because, lets face it, it has been a blessing for many of us — enriching our lives with excitement, fun, tenderness, friendship… not to mention some truly fantastic films!

Evil Season. It’ll be a thrill. 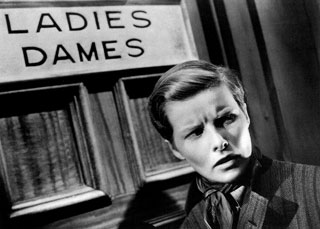