Barry Champlain, Cleveland’s controversial radio host, is on the air doing what he does best; insulting the pathetic souls who call in the middle of the night to sound off.
The drama is set in the studio of Cleveland’s WTLK Radio over the course of Barry Champlain’s two-hour broadcast, being scrutinised that night by producers with an interest in taking the show national.

Barry’s jousts with his unseen callers — ranging from a white supremacist to a woman obsessed with her garbage disposal — are peppered with insights into his character from his ex-deejay pal and his sometime girlfriend/producer, and punctuated with a transformative visit from an embodied voice.
Tomorrow, Barry’s show is going into national syndication and his producer is afraid that Barry will say something that will offend the sponsors. This, of course, makes Barry even more outrageous, funny and moving, off beat, outrageous and totally entrancing. 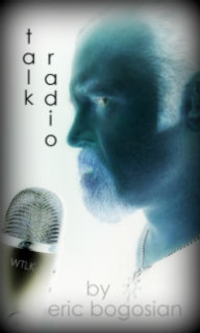