London and the City of London are not the same place. London is a metropolis of 8 million people; the City of London is a square mile in the middle, with about 7,000 residents.
With a Corporation older than Parliament, the City of London has played a central role in protecting and promoting the interests of finance capital. Secret City investigates the power wielded by the Corporation of London over British economic policy. Which it sustains London’s prime position at the hub of global finance capital. Not least through control of the majority of the world’s tax havens.
The film exposes the Corporation’s anti-democratic constitution and the ancient laws that allow it to function as a state within a state and to promote an illusory promise of economic growth at the cost of the real economy. 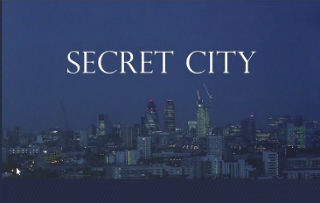