Set in a pub in Lismore, Waterford, in 1964, Tina Noonan’s powerful new one-act play, The Prodger, is a poignant re-imagining of the life of one such veteran, her great-uncle Johnny, who lost a leg in battle. Like many in his situation, Johnny met with prejudice when finally he returned home. He never married and suffered flashbacks all his life.
The Prodger sees Johnny and a friend head to the pub one wild winter’s night. Rumours of a local murder are circulating. As events unfold and the play moves rapidly towards its dramatic conclusion, stories are told and old secrets and wounds exposed.
Touching on themes of love, loss, friendship and regret, yet full of biting humour, The Prodger is a moving portrait of one veteran’s struggle to fit into his local community, decades after the war is over. For Johnny at least, the devastation of war still lingers.

About The Playwright
Tina Noonan was shortlisted for a P J O’Connor Radio Award in 2007, for her radio play Leonie Summers Night.
She is a participant in Solar Theatre’s writers’/actors’ workshops and in Listowel Writers’ Week, and is a member of Abraxus writing group, Bray.
Noonan has also a BSc in Communications & Cultural Studies from North London University.
She lives in Wicklow and The Prodger is her first stage play. 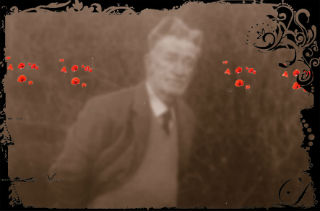