Michael Connors is desperately trying to find his place within his extended family. He becomes caught up in a family feud with devastating consequences as his life spirals out of control ably assisted by the social services, justice and prison system.
The play has been workshopped in the Attic Studio and will be produced by Camille Donegan and Directed by Mary Moynihan 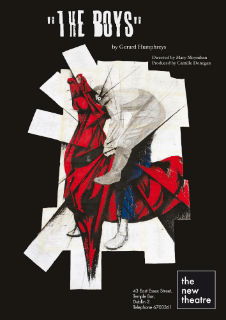