Someone Who’ll Watch Over Me

Someone Who’ll Watch Over Me is a powerful emotional story about three strangers; an Irishman, an Englishman and an American.
They were abducted, tortured and forced to live together in a tiny cell in Beirut in 1986.
As the three men strive for survival, they try to overcome their own personal demons and nationalistic differences, whilst attempting to maintain their sanity under the watchful eye of both captors and supposed allies. 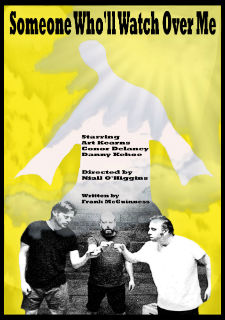